The World’s Finest caught up with Character Designer Jon Suzuki to discuss this work on the recent Batman: Assault on Arkham animated feature, the latest installment in the ongoing DC Universe Animated Original Movie line. The animated movie – which is now available to own on Blu-ray, DVD and Digital HD – features a story based on the popular Batman: Arkham video game series. Suzuki discusses process of working on an animated project, the surprising difficulties that come with and some of his favorite works, his work on the DC Universe Animated Original Movie and why fans should check out Batman: Assault on Arkham.

Click on the image below to check out the exclusive interview. 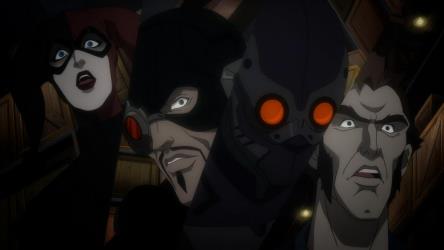