Cartoon Network has provided The World’s Finest with stills and a video clip for a special new episode of Teen Titans Go!, airing Wednesday, November 26th, 2014 at 5:30pm (ET/PT). In the new episode, titled “Thanksgiving,” the young heroes find themselves scrambling to prepare a special dinner. Teen Titans Go! follows the comedic adventures of the teenage superhero team as they deal with what happens between the major battles. 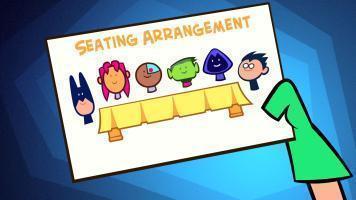 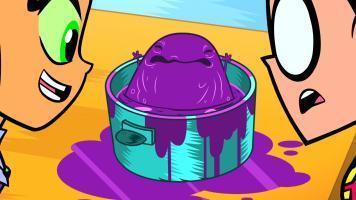 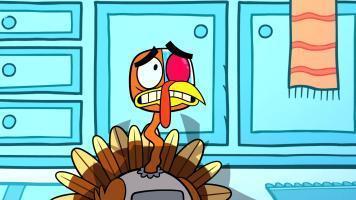 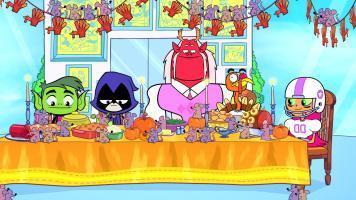 Teen Titans Go!
“Thanksgiving” airs Wednesday, November 26th, 2014 at 5:30pm (ET/PT) on Cartoon Network
It should come as no surprise that the Teen Titans love a holiday heavily involving food, and Robin takes Thanksgiving very seriously. He has planned the menu and table setting down to the tiniest detail, all in anticipation for a special guest he’s anxious to impress. But when Raven’s father, Trigon, crashes the festive dinner, Robin’s seating chart isn’t the only thing that gets ruined.

Cartoon Network has also provided the following ratings details for the popular action-comedy series, as seen below, which continues to be a strong performer for the network.