The World’s Finest has published its review of the Justice League Dark animated feature, now available on Digital HD, Blu-ray and DVD. In short, Justice League Dark is the strongest Justice League movie in the revamped era of the DC Universe Animated Original Movie line to date. While each of these DC Comics animated movies have always explored new facets of the DC Universe, to varying degrees of success (usually positive), there’s something a little different about this one. It’s engrossing and interesting, rife with seemingly limitless possibilities. To read the complete review, click on the image below. 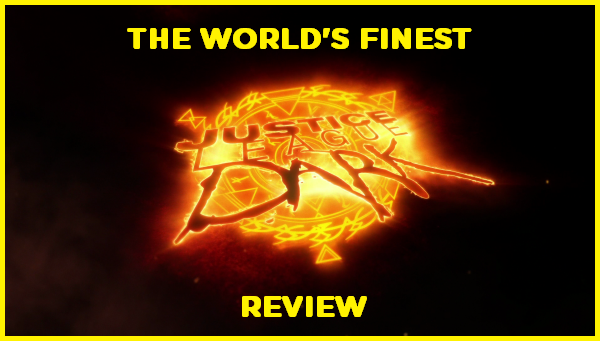 To promote the home video release of Justice League Dark, Warner Bros. Home Entertainment has released a new clip featuring the introduction to Swamp Thing, one of the film’s many highly-anticipated animated debuts in the DC Universe Original Movies. Swamp Thing is voiced by Roger Cross (24, Arrow), who also provides the voice of John Stewart/Green Lantern. Click on the player below to view the new clip.

Additionally, La-La Land Records has released details for the soundtrack release of Robert Kral’s score to Justice League Dark. Information on the CD title, available to order starting February 14th, 2017 from La-La Land Records and other online retailers, can be found at The World’s Finest.

The Justice League Dark subsite here at The World’s Finest includes an assortment of additional video clips, images, content and much more. Click on the review link above to further access the dedicated additional content. Justice League Dark is now available for purchase through online and traditional retail outlets.