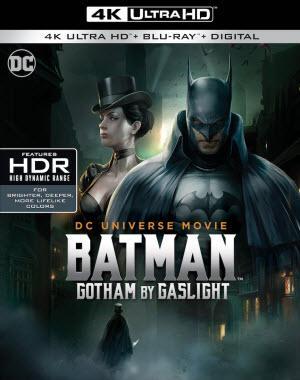 Batman: Gotham By Gaslight takes place at the turn of the century as America’s continued industrial revolution is to be showcased at a World’s Fair hosted by Gotham City. But while the world prepares to witness the glittery glory of Gotham’s technological advances, there is a killer loose in the city’s darkest shadows. Preying on the city’s women, this killer is as precise as he is cruel. As Police Commissioner James Gordon tries to calm the fears of Gotham’s citizens regarding the butcher called Jack the Ripper, the masked vigilante Batman enacts his own detective work – with the help of confident, capable Selina Kyle – to stop the Ripper’s murderous spree. Witness a world in flames as the notorious serial killer’s controlled savagery meets the calculated stealth of the Dark Knight.

“We’re thrilled to bring this classic Elseworlds story to life,” said Mary Ellen Thomas, Warner Bros. Home Entertainment Vice President, Family & Animation Marketing. “Gotham By Gaslight is the original Elseworlds tale from DC, and we know the fans have been anticipating this gritty adaptation. Fans will be transported to an alternate reality with this unexpected tale of the Dark Knight.”

Batman: Gotham By Gaslight Enhanced Content
Ultra HD Blu-ray Combo Pack, Blu-ray Combo Pack and Digital
-“Caped Fear: The First Elseworld” (Featurette) – Batman in the distant past of Gotham, at the crossroads of where the Gothic 19th century meets the modern age. Jack the Ripper, clashing with Gotham and its ruling elite. The documentary traces the influence of the comic book story, and why Gotham by Gaslight stands the test of time.
-Batman: Gotham by Gaslight Audio Commentary – Join Executive Producer Bruce Timm, Director Sam Liu and Writer Jim Krieg as they provide details about the scenes of Batman: Gotham by Gaslight and why this is a special project for each of them. Listen in for all things Batman: Gotham by Gaslight, and immerse once more into this dark and Gothic world.
-A Sneak Peek at the next DC Universe Movie, Suicide Squad: Hell To Pay: A behind-the-scenes look at the next entry in the popular series of DC Universe Movies, featuring thoughts from the talented filmmakers.
-From the DC Vault – “Showdown” episode from Batman: The Animated Series; “Trials of the Demon!” episode from Batman: The Brave and the Bold. 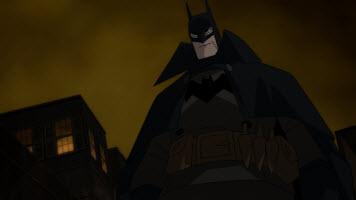 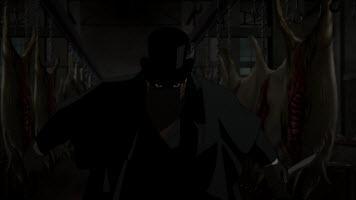 BATMAN and all related characters and elements are trademarks of and © DC Comics. © 2017 Warner Bros. Entertainment Inc.