New promotional artwork for the upcoming Young Justice: Outsiders was released on May 13, 2018 by series producers Greg Weisman and Brandon Vietti. The new image spotlights a portion of the cast. The third season of the acclaimed Young Justice animated series is set to debut later this year on the DC Universe streaming service. An exact date for the launch of both the series and service, as well as the price point and worldwide availability, have yet to be announced. Click on the image below for a closer look at the image. 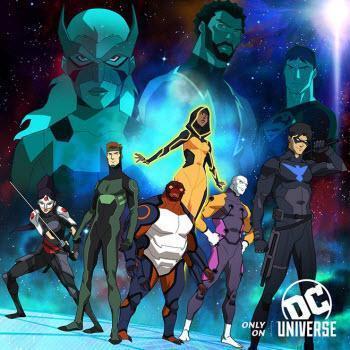 DC Universe will launch later this year and, in addition to the third season debut of Young Justice: Outsiders, will be the home of the forthcoming Harley Quinn animated series and a collection of live-action series based on DC Comics properties. Stay tuned for further details on Young Justice: Outsiders and DC Universe – including a launch date, price and details on the service’s animated fare – right here at The World’s Finest.