Warner Bros. Home Entertainment has released home media details for the animated Teen Titans Go! To The Movie theatrical feature. The movie, based on the popular Teen Titans Go! animated series on Cartoon Network, hit theatres earlier this summer, on July 27, 2018. Continue below for the details.

WATCH THE SUPERHERO MOVIE TO END ALL SUPERHERO MOVIES (HOPEFULLY) WHEN
TEEN TITANS GO! TO THE MOVIES
ARRIVES ONTO BLU-RAY™ COMBO PACK,
DVD AND DIGITAL FROM WARNER BROS. HOME ENTERTAINMENT 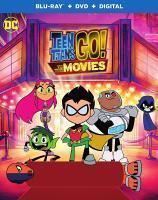 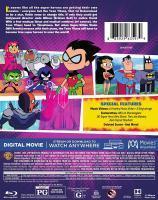 “Teen Titans GO! to the Movies is a laugh-a-minute ride.
David Betancourt, The Washington Post

Peter Rida Michail and Aaron Horvath directed the film from a screenplay by Michael Jelenic and Horvath, which is based on characters from DC. Horvath, Jelenic, Peggy Regan, Michail and Arnett produced the film with Sam Register serving as executive producer. The music is by Jared Faber. Superman was created by Jerry Siegel and Joe Shuster.

Teen Titans Go! To The Movie will be available on Blu-ray Combo Pack for $35.99 and DVD for $28.98. The Blu-ray Combo Pack features a Blu-ray disc with the film and special features in high definition, a DVD with the film in standard definition and a Digital version of the movie. Blu-ray special features are filled with music and fun, including the DC Super Hero Girls: The Late Batsby mini-movie, sing-a-longs, a hilarious look at the Teen Titans characters dubbing their favorite lines in other languages in “Teen Titans GO!: Translated” plus much more!

Teen Titans Go! To The Movie will also be available on Movies Anywhere. Using the free Movies Anywhere app and website, consumers can access all their eligible movies by connecting their Movies Anywhere account with their participating digital retailer accounts.

Fans can also own Teen Titans Go! To The Movie via purchase from digital retailers beginning October 9.

SYNOPSIS
It seems like all the superheroes are getting their own movies – everyone but the Teen Titans, that is! Determined to be a star, Robin vows to change this. If only they could get Hollywood director Jade Wilson (Kristen Bell) to notice them! With a few madcap ideas and musical numbers (of course), the Teen Titans head to Tinsel Town. But when Supervillain Slade (Will Arnett) messes with their plans, the Teen Titans will have to become true superheroes to save the world!

ABOUT DIGITAL
*Digital movies or TV episodes allow fans to watch a digital version of their movie or TV show anywhere, on their favorite devices. Digital movies or TV episodes are included with the purchase of specially marked Blu-ray discs. With digital, consumers are able to instantly stream and download movies and TV shows to TVs, computers, tablets and smartphones through retail services. For more information on compatible devices and services go to wb.com/digitalmoviefaq. Consult a digital retailer for details and requirements and for a list of digital-compatible devices.