Warner Bros. Home Entertainment announced it will increase the run of the Batman: The Complete Animated Series – Deluxe Limited Edition Blu-ray release to 70,000 to meet demand. Remastered for the first time since its broadcast airing, the massive 12-disc Batman: The Complete Animated Series box set for $112.99 SRP will be available on October 30, 2018. Complete press details, along with four new images of the release, are available below. 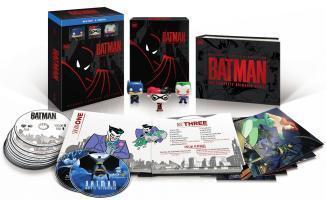 Warner Bros. Home Entertainment has increased its run of Batman: The Complete Animated Series Deluxe Limited Edition to 70,000 to accommodate overwhelming demand for the most anticipated Blu-ray box set release of 2018. Remastered for the first time since its broadcast airing from 1992-1995, the stunning box set for $112.99 SRP will be available on October 30, 2018.

“As many fans and media have noticed, Amazon and other notable retailers were forced to suspend sales of Batman: The Complete Animated Series Deluxe Limited Edition due to unprecedented demand for this beloved series,” explained Jeff Brown, General Manager and Executive Vice President, Television, Warner Bros. Home Entertainment. “Sales surpassed our initial run of 30,000 limited edition box sets about four weeks ago and, rather than leave so many fans wanting, we implemented new production orders to accommodate the requests for this prized collection. A significant portion of those increased numbers have already sold, and all sites are accepting orders again.”

The impressive Batman: The Complete Animated Series Deluxe Limited Edition package features approximately 2,700 minutes of entertainment spread over 10 Blu-ray discs, plus the two bonus discs – not counting 11 specially-selected episodes with audio commentaries by cast and crew. In addition, Batman: The Complete Animated Series Deluxe Limited Edition includes an exclusive ensemble of collectibles highlighted by three Funko mini-figurines (Batman, Joker, Harley Quinn) and seven beautifully-designed lenticular art cards. The entire box set is housed in a stunning layflat-book with a dazzling slipcase. And a digital copy of all 109 episodes is included in the box set.

Produced by Warner Bros. Animation, the Emmy Award-winning series captured the imaginations of generations, setting the standard for super hero storytelling for the past quarter-century with its innovative designs, near-perfect voice cast and landmark approach to DC’s iconic characters and stories. Batman: The Complete Animated Series Deluxe Limited Edition box set includes all 109 thrilling episodes, plus two bonus disks containing the recently-remastered, fan favorite animated films Batman: Mask of the Phantasm and Batman & Mr. Freeze: SubZero, The box set’s premiere bonus feature is, The Heart of Batman, an impressive 90-minute documentary on the making of Batman: The Animated Series that includes interviews with nearly three dozen members of the cast and crew, detailing the intricacies of production behind the landmark animated show. 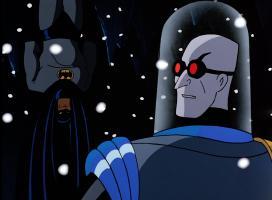 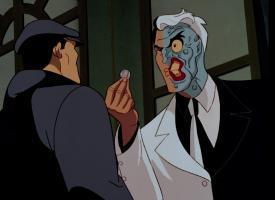 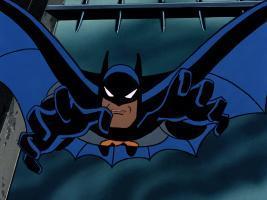 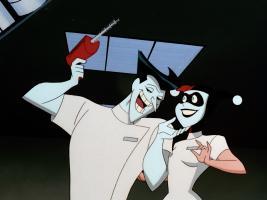 Further details for Batman: The Complete Animated Series are available on The World’s Finest.

Stay tuned for further updates on this title – including a review – in the coming days and weeks. For a closer look at the recent Batman: Mask of the Phantasm and Batman & Mr. Freeze: Sub-Zero remasters, click here and click here. Also, check out the Batman: The Animated Series subsite right here at The World’s Finest for a wealth of content, including extensive interviews, reviews, images, videos, special easter eggs, exclusive content and so much more.