Clips, Images From Batman’s Upcoming “Scooby-Doo and Guess Who?” Appearance

The classic DC Comics character Batman is scheduled to appear on an upcoming episode of the Scooby-Doo and Guess Who? animated series. Airing on Cartoon Network and streaming on the Boomerang app, the series finds The Mystery Inc. gang bringing in a new guest star each week to help solve a mystery. Batman will appear in the episode “What a Night For a Dark Knight!,” which will debut September 19, 2019 on the Boomerang streaming service and September 30, 2019 on Cartoon Network. Warner Bros. Animation has provided The World’s Finest with clips, including an exclusive, and a selection of images, available below. 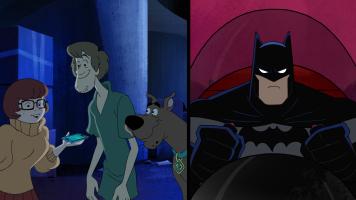 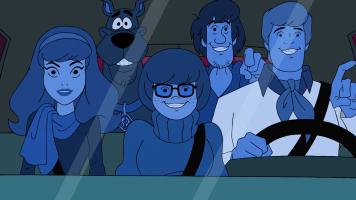 The episode is described as follows:

Scooby-Doo and Guess Who?
What a Night For a Dark Knight!
When Scooby and the gang come to Gotham City to visit Alfred Pennyworth, they stumble into a dangerous mystery! Alfred’s been kidnapped by the Man-Bat! Batman is on the case and he does not want any help from our meddling kids.

Scooby-Doo and Guess Who? “What a Night For a Dark Knight!” will debut September 19, 2019 on the Boomerang streaming service and September 30, 2019 on Cartoon Network. Stay tuned for further animation updates right here at The World’s Finest!

Discuss this news at the DC Animation Forum!