Warner Bros. Home Entertainment has announced DC Showcase – Constantine: The House of Mystery, the studio’s latest compilation release of DC Showcase animated shorts, will have a dedicated panel at the WonderCon 2022 pop culture convention, scheduled for April 1, 2022. Hitting physical and digital media on May 3, 2022, in addition to a new Constantine animated short, the collection includes the previously-released shorts Blue Beetle; The Losers; and Kamandi, The Last Boy on Earth. Continue below for press details and imagery:

AT WONDERCON IN ANAHEIM ON APRIL 1

Warner Bros. Home Entertainment (WBHE) will host a panel spotlighting its upcoming release, DC Showcase – Constantine: The House of Mystery, at WonderCon in Anaheim on Friday, April 1 from 6:30-7:30pm in North 200A.

The panel will focus on the yet-to-be-seen Constantine: The House of Mystery extended short, while also discussing the three other animated shorts included on the upcoming release: Blue Beetle; The Losers; and Kamandi, The Last Boy on Earth!

Confirmed to participate on the panel is Rick Morales, supervising producer over all four of the animated shorts; Ernie Albacker, who wrote the script for Constantine: The House of Mystery; Jennifer Keene, writer of Blue Beetle; Jeremy Adams, who conceived the story of Blue Beetle; Tim Sheridan, screenwriter for The Losers; and Paul Giacoppo, writer of Kamandi, The Last Boy on Earth!

The panel will also include Dave B. Mitchell, who gives voice to both Gunner and Sarge in The Losers, as well as some special surprise guests.

In addition, fans will be treated to a few never-before-seen clips from Constantine: The House of Mystery, as well as some lookbacks on the other three animated shorts.

DC Showcase – Constantine: The House of Mystery, the latest collection of DC animated shorts, arrives May 3, 2022 on Blu-ray and Digital from Warner Bros. Home Entertainment. Check out additional imagery from Blue Beetle; The Losers; and Kamandi, The Last Boy on Earth below. 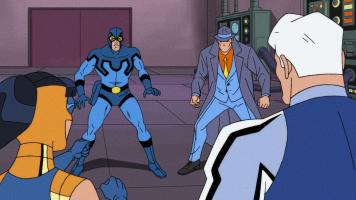 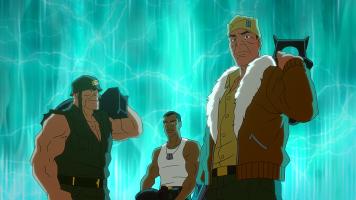 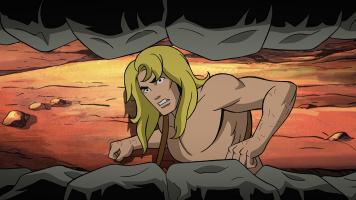