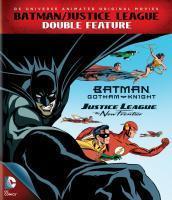 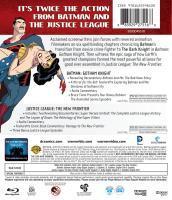 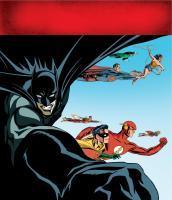 Synopsis: It’s twice the action from Batman and the Justice League. Acclaimed screenwriters join forces with revered animation filmmakers on six spelling binding chapters chronicling Batman’s transition from novice crime to The Dark Knight in Batman: Gotham Knight. Then witness the epic saga of how Earth’s greatest champions formed the most powerful alliance from good ever assembled in Justice League: The New Frontier.

The Batman / Justice League Double Feature – Batman: Gotham Knight / Justice League: The New Frontier Blu-ray relase hits shelves on October 9th, 2012 for the MSRP of $24.98. Details on previous releases for the above animated features are available right here at The World’s Finest by exploring the subsites dedicated to the content features on the above titles.

Stay tuned for further updates on these titles and other upcoming home video releases here soon at The World’s Finest. 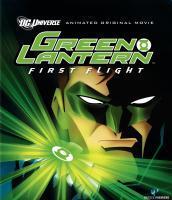 Green Lantern: First Flight is one of the Blu-ray titles to include Movie Money this summer. When Hal Jordan first becomes a Green Lantern, he is put under the supervision of senior Lantern, Sinestro, only to discover that his so-called mentor is part of a secret conspiracy that threatens the entire Green Lantern Corps.

Nine specially marked Blu-rays include Movie Cash Offer. Get up to $8.00 off of one admission ticket to see Green Lantern at participating theaters. Coupon valid from June 17th, 2011 to July 3rd, 2011. Restrictions apply. While supplies last.

Titles in the promotion also include:

Stay tuned for further DC Universe Animated Original Movie news in the coming weeks right here at The World’s Finest. Click on the image below to view the theatrical trailer for the live-action Green Lantern feature film in the Quicktime format.

Warner Home Video released a gift set with the same name earlier this year, in July 2009, housing Superman Doomsday, Justice League: The New Frontier, and Batman: Gotham Knight and leaving room for two additional titles to be included. This latest DC Universe Ultimate Movie Collection is slated to be an expanded version of the earlier release, now with room for the first six titles in the DC Universe Animated Original Movie line.

No additional bonus features or extra discs are slated to be included in this collection. Cover art is available by clicking the available image.

In related news, Warner Home Video has recently issued the title DC Universe: Showcase, for both DVD and Blu-ray, but no release date, cover art, or any details whatsoever are currently available for that listing.