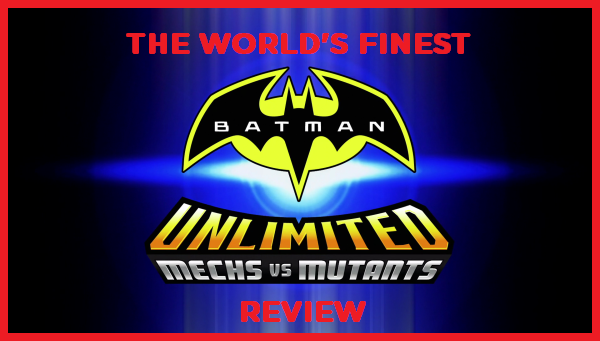 A small subsite dedicated to Batman Unlimited: Mechs vs Mutants has also available at The World’s Finest, and includes an assortment of images and video clips from the feature. Click on the review link above to further access the dedicated additional content. Additionally, Warner Bros. Home Entertainment has provided a clip from the Batman Unlimited: Mechs vs. Mutants animated feature, which can be viewed in the player below.


Stay tuned for further reviews and updates in the weeks to come right here at The World’s Finest.

Warner Bros. Home Entertainment has released the trailer for Batman Unlimited: Mechs vs. Mutants, the third entry in the Batman Unlimited direct-to-video movie series. Produced by DC Entertainment and Warner Bros. Animation, the movie will hit physical media on September 13, 2016 and Digital HD on August 30, 2016. In Batman Unlimited: Mechs vs. Mutants, Mister Freeze’s latest invention super-sizes Killer Croc and Bane, turning them into giant mutant monsters that bash through the streets of Gotham. Click on the player below to view the film’s trailer, with additional details following.

A synopsis of the upcoming movie has also been released by the studio, featuring further plot and crew details:

Batman will need the help from several of his Super Hero pals — Green Arrow, Nightwing, The Flash and Robin – to take down a crew of Super-Villains on a scale he’s never seen before in Batman Unlimited: Mechs vs. Mutants. Produced by DC Entertainment and Warner Bros. Animation, this thrilling new addition to the Batman Unlimited animated film trilogy comes to DVD ($19.98 SRP) via Warner Bros. Home Entertainment on September 13, 2016 and on Digital HD on August 30, 2016 via purchase from digital retailers.

The Dark Knight is back doing what he does best – protecting the citizens of Gotham City – in the third installment of the Batman Unlimited series, Batman Unlimited: Mechs vs. Mutants.  When evil scientist Mr. Freeze activates his latest invention on two of Gotham City’s most formidable criminals – Killer Croc and Bane – things go from bad to worse.  Turning them into super-sized mutant monsters, the Super-Villains start bashing through the streets of Gotham City  with no end in sight.  It’s up to the Caped Crusader and his Super Hero team to save the day by putting the giant robot mechs in their place – but it will be an uphill battle as they face off against enormous foes.

Additional details, including a full press release, are still expected to be forthcoming. Screengrabs from Batman Unlimited: Mechs vs. Mutants‘s trailer can be found at The World’s Finest. 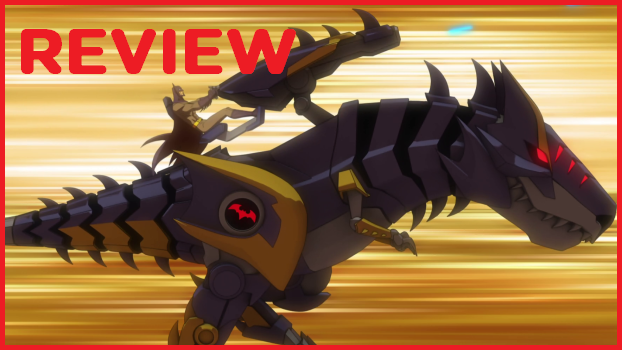 More Batman Unlimited content is on the way, including the latest animated shorts – all of which are currently available to view right here at The World’s Finest. Still, stay tuned for more!

Share your thoughts on Batman Unlimited: Monster Mayhem over on the The DC Animation Forum.

Continue below to check out the back cover package artwork for the upcoming Blu-ray and DVD releases of Justice League: Gods And Monsters and Batman Unlimited: Monster Mayhem, two upcoming DC Comics-inspired animated features from Warner Bros. Home Entertainment. Click on the thumbnails for a closer look at each, and stay tuned for subsites dedicated to each opening up in the coming weeks. 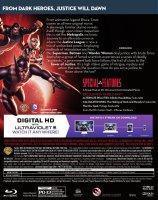 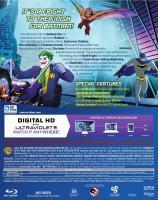 Justice League: Gods And Monsters and Batman Unlimited: Monster Mayhem discussion can be found on The DC Animation Forum.

The trailer and a collection of screengrabs from the upcoming Batman Unlimited: Animal Monster Mayhem animated feature have been added to The World’s Finest. Check out the trailer below, and click here to view the gallery of images.

The World’s Finest is also hosting a series of Batman Unlimited animated shorts, which can be found here.

More Batman Unlimited: Monster Mayhem news and discussion can be found on The DC Animation Forum.