hosted by popgeeks.com | Crunchyroll Obtains Global Rights To That Time I Got Reincarnated As A Slime The Movie: Scarlet BondSteamforged Introduces Epic Encounters: Local Legends
Close
Skip to content
Menu

WF – DC ANIMATED MOVIES – SYNOPSIS – REVIEW – MEDIA – SOUNDTRACK – FORUM
Teen Titans Go! vs. Teen Titans
Studios: Warner Bros. Animation, Warner Bros. Home Entertainment, DC Entertainment
Release Dates: Digital – September 24, 2019; Blu-ray, DVD – October 15, 2019
In Teen Titans Go! Vs. Teen Titans, the comedic modern-day quintet takes on their 2003 counterparts when villains from each of their worlds join forces to pit the two Titan teams against each other. They’ll need to set aside their differences and work together to combat Trigon, Hexagon, Santa Claus (that’s right, Santa!) and time itself in order to save the universe. 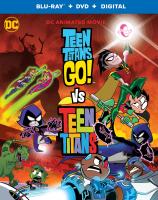 While Teen Titans Go! vs Teen Titans is a fun, slapstick adventure starring the heroes of Teen Titans Go!, it’s also a love letter to the 2003 Teen Titans animated series and the team’s many iterations over the years, both on the four-color page and on screen. While 2018’s Teen Titans Go! To The Movies dived a little into what makes the Teen Titans of Go! tick, this movie actually digs a little deeper and offers up a surprising amount of character exploration which just might make some viewers look at Teen Titans Go! a little differently. And all of this is wrapped up in a fun, hilarious movie that reminds us why we enjoy these characters so much.

After a fight with The Gentleman Ghost leaves her gem cracked, Teen Titans Go!‘s Raven finds herself in peril as her father attempts to use her to bring back the Trigon from the 2003 Teen Titans series in order to, essentially, take over the multiverse. As the Go! Titans find themselves in over their heads, they partner with the 2003 animated iteration of the team (and then some) to win the day.

The movie’s story, by Marly Halpern-Graser and Jeremy Adams, keeps the conflict relatively simple, allowing the film to focus on our main cast. Raven and Robin get most of the focus and both go through some meaningful arcs that feel actually important to both the film and the characters themselves. Teen Titans Go! Vs. Teen Titans does also spend a good chunk of time with the Go! characters interacting and even befriending their 2003 counterparts. Yes, they do battle it out, but things aren’t entirely what they seem. The movie does manage to throw in a couple neat surprises that brings both versions of the teen heroes together, inevitably, as partners and even friends. The jokes, comparisons and juxtapositions as these two iterations come together result in some pretty inspired and hilarious material.

Honestly? This film probably should’ve been released theatrically. Teen Titans Go! vs. Teen Titans is just that strong, that enjoyable, that fun. The plot might be pretty straightforward, but the real meat of the film, what’s the most interesting and engaging, are the interactions among its enormous cast. Not just the Go! and 2003 iterations of the classic DC Comics super-team, but between basically everyone. The character work is so much more involved and intricate than expected, hands down. The comedy of the film pulls from this for sure, but there’s some heavy lifting when it comes to actual character development, and not just from the Go! cast. The 2003 Teen Titans crew also gets a fair bit of work here.

These interactions are fueled by the incredible voice work of Robin’s Scott Menville, Starfire’s Hynden Walch, Cyborg’s Khary Payton, Beast Boy’s Greg Cipes and Raven’s Tara Strong. The cast, which pulls double-duty as both the Go! and 2003 Teen Titans iterations, is able to make small, subtle changes to their performances, making it clear which version is which, vocally, without drawing attention to it. It’s easy to forget, like in a scene where the Robins are arguing back and forth, that it’s the same actor performing both sides of the conversation. They sound nearly identical, but Menville is able to add little nuances to the roles that really helps to distinguish the characters. The same goes for the rest of the main cast, including Kevin Michael Richardson’s double duty with Trigon. 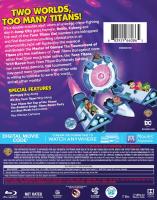 For those interested in continuity, Teen Titans Go! Vs. Teen Titans clearly takes place after the fifth and final season of the 2003 Teen Titans series. The team here feels a little bit older and wiser from when we last saw them. While still light-hearted, they also come off as a little more mature, personality-wise, offering up the perfect foils to the perpetually immature Go! team. There are also a few nods to the classic series, including a visit to its universe, that adds some weight to what’s actually a major crisis for both series.

Directed by Teen Titans Go!‘s Jeff Mednikow, Teen Titans Go! Vs. Teen Titans  is first and foremost centered on the Teen Titans Go! crew, but there’s still a wealth of material for 2003 Teen Titans fans to chew on. The movie takes plenty of cues from the Go! team, like the silly gags, musical numbers and weird humor throughout, but it never really overwhelms the movie or becomes too much to endure. Despite the whackiness, the stakes still feel palpable and the character moments have weight. It manages to balance the comedic content and the more serious moments admirably.

While the story and character work is strong, the only place Teen Titans Go! vs Teen Titans really stumbles is with the animation, provided by Snipple Animation Studios. The main Go! characters look great, though the 2003 Teen Titans look a little rough, as do some of the other Titans iterations that pop in. Not bad, by any means, just uneven. Action sequences are impressive for the most part, especially the scale of the big climactic battle, but the budgetary limits do hinder the movie. Some of its quieter, character-driven moments, feel a little too stiff, while the bigger moments occasionally lose a step. The 2003 Teen Titans look fine, though a little off and perhaps a shade lacking compared to how we’re used to seeing them depicted. Other iterations of the team do appear in the film, including the DC Universe Movie in-continuity versions of the Teen Titans, and they hold up pretty strong for the most part.

And despite the film’s scope growing larger and larger as it heads into its big, massive finale, it never loses sight of the core Teen Titans teams. Go!‘s Robin get an humorous arc as he deals with a Robin that’s far more effective and respected than he is and likely ever will be. Raven arguably gets the most effective storyline in the entire movie, as she learns to come to terms with some aspects of her darker nature. The standard Teen Titans Go! hilarity and hijinks ensue, yes, but a lot of it is rooted in solid character work and development, and it’s a welcome treat.

To touch on the home media release of Teen Titans Go! vs. Teen Titans, bonus content includes six episodes of Teen Titans Go! – “Legendary Sandwich,” “Mr. Butt,” “Cat’s Fancy,” “Shrimps and Prime Rib,” “The Scoop” and “Chicken in the Cradle” – three episodes of Teen Titans – “Final Exam,” “How Long is Forever” and “Deception” – small featurettes spotlighting songs, moments and rivalries, and sing-alongs for “We are Teen Titans” and “Worlogog,” two songs from the movie. The audio and video quality on the Blu-ray and digital releases look sharp, with the Blu-ray edition easily the best among them all, while the DVD transfer is solid for the standard definition format. 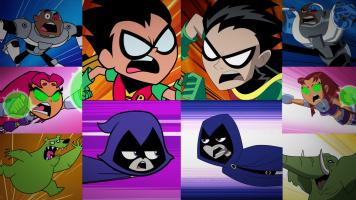 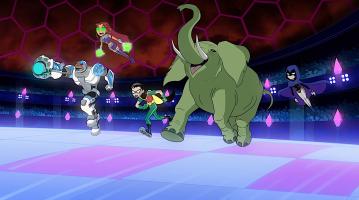 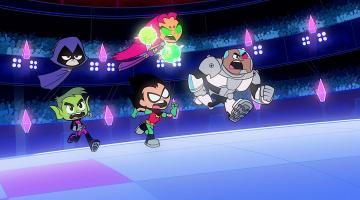 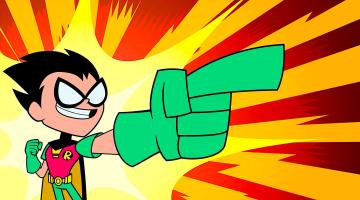 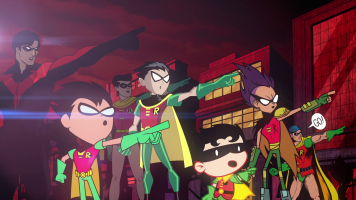 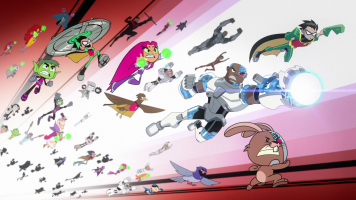 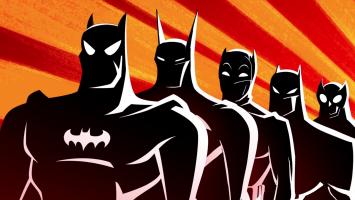 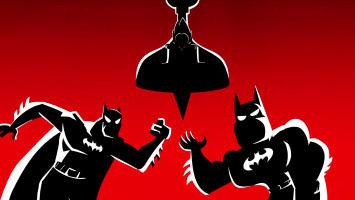 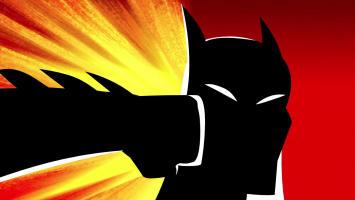 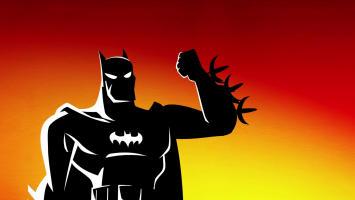 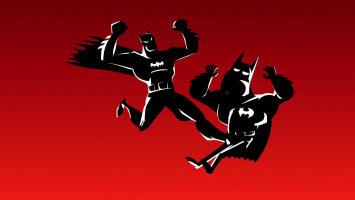 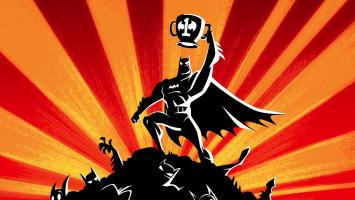