Representatives for both La-La Land Records and WaterTower Music, formally New Line Records, have confirmed the score soundtrack to the direct-to-video Wonder Woman animated feature will be released on both compact disc and as a digital download. WaterTower Music will have Wonder Woman Soundtrack From the DC Universe Animated Original Movie available to own as a digital download through iTunes and other digital retailers beginning February 23rd, 2010, with La-La Land Records releasing a special limited-edition compact disc release on March 9th, 2010. Copies of this limited edition CD release will be available through the La-La Land Records website and other online supporting soundtrack specialty stores. The score for the animated feature is composed by Christopher Drake. Cover art and track details for the upcoming soundtrack score release, provided by WaterTower Music, are available below. Click on the thumbnail below for a closer look at the cover art. 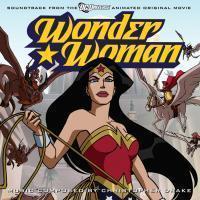 Wonder Woman Soundtrack From the DC Universe Animated Original Movie will be available to own as a digital download through iTunes and other digital retailers beginning February 23rd, 2010, with a special limited-edition CD release from La-La Land Records to follow on March 9th, 2010. Stay tuned for further official details on this release from La-La Land Records and WaterTower Music in the coming weeks here at The World’s Finest.

Additionally, a representative for WaterTower Music provided details for the score soundtrack release to the upcoming direct-to-video Justice League: Crisis on Two Earths animated feature. Further details on that title can be found here.