Cartoon Network and Warner Bros. Animation has released a new trailer for the Young Justice animated series. The trailer consists of scenes from previously-aired episodes of the series and plugs the timeslot for the show. Click on the image below to view the trailer in the Quicktime format. 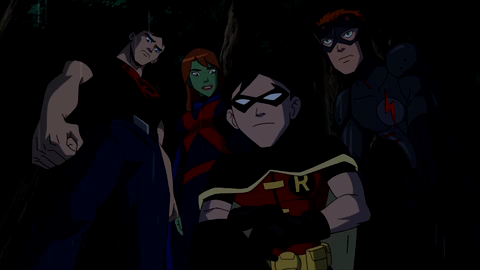 Schedule details for upcoming episodes of Young Justice are slated to be released by the network shortly. Young Justice airs on Cartoon Network every Friday at 7:00pm (ET), with the network airing special encore presentations the following Sunday at 8:00pm (ET).