New video content, images and a studio-conducted Q & A for the Justice League: Doom animated feature have been made available by Warner Home Video, all of which is available below. Please note the first four thumbnails below lead to four separate High-Definition interview clips with Michael Rosenbaum, the voice of The Flash in Justice League: Doom, set for home video release tomorrow, February 28th, 2012. After that, additional images featuring Rosenbaum and stills from Justice League: Doom are also included. Please continue on to view the content.

Michael Rosenbaum makes his triumphant return as the beloved voice of The Flash in Justice League: Doom, the next entry in the popular, ongoing series of DC Universe Animated Original PG-13 Movies. The film will be available everywhere on Tuesday, February 28. 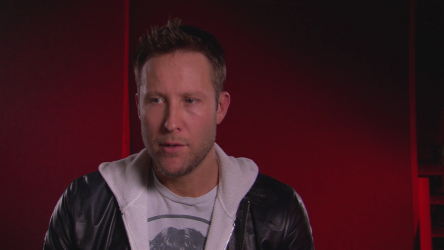 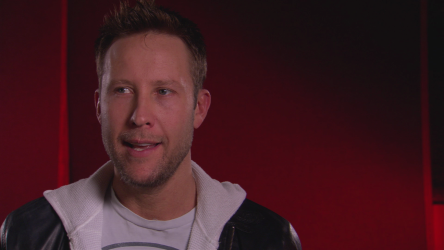 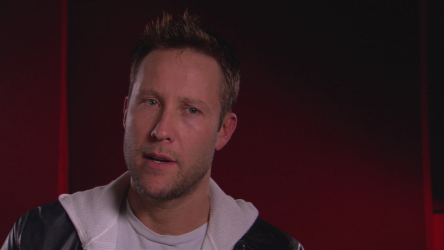 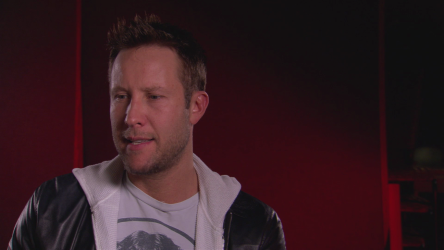 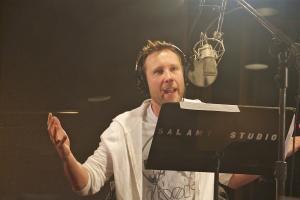 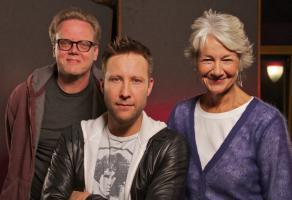 Rosenbaum brought his own playful, gregarious, sometimes sarcastic personality to Flash for the Justice League and Justice League Unlimited animated television series, setting the standard as the voice behind the fastest man alive. Rosenbaum is one of eight actors returning to their original animated voice from the Justice League series.

Fanboy crowds also hold Rosenbaum in high esteem for his impressive performance as Lex Luthor for seven seasons of Smallville. Hell soon be seen opposite Bradley Cooper and Kristen Bell in Outrun, and hes currently in production on Old Days, a triple threat for Rosenbaum as he is writer, director and star of the film.

Any interview with Rosenbaum is well worth the price of admission, as you just dont know which direction the answer might come from. Heres a Q&A with the actor following his first voice session for the film

QUESTION: How was this Flash different from your past performances?

MICHAEL ROSENBAUM: This Flash is more mature, so hes taking things a little more seriously. But we still had some fun with the character. He’s still fun loving, but he’s taking business seriously.

QUESTION: What does it mean to you to be back with this group of actors again?

MICHAEL ROSENBAUM: It’s amazing being back with the old team, to come back here and all be a part of something special. It’s exciting. And everybody’s really great. We always had a blast. We always were joking. Lots of great guest stars and always a lot of laughs.

QUESTION: What is it about Flash that so appeals to you?

MICHAEL ROSENBAUM: I think it’s his sense of humor. In most super hero films and shows, everybody takes themselves so seriously and you need that guy that’s going to take the edge off, provide a little levity, give us a laugh to break the tension. Hes no less of a super hero just because hes got a comedy schtick. He just knows how to have fun with danger.

QUESTION: Did you ever learn anything about yourself voicing Flash?

MICHAEL ROSENBAUM: I guess you learn a little from every character you play, This character is always a kid at heart. I really think deep down with The Flash that its like this inner child that’s just trying get out, and I think that everybody has got to keep that. So it reminds me that youve got to always have fun with things. Don’t take work too seriously. Don’t wait for the big part, and if you didn’t get it, it’s not the end of the world. It puts things in perspective. Be like Flash he kind of goes with the flow.

QUESTION: Do you collect any kind of Flash memorabilia?

MICHAEL ROSENBAUM: I have toys at my house. I have Flash toys. I have Superman toys. I have lunchboxes. I have the original lunchbox of Superman The Movie. It cost me a hundy. It’s probably worth $105 now. Mm hmm. I even have The Warriors dolls. Remember The Warriors?

One of my favorite things is an original Justice League painting by Alex Ross that hangs in my guest room. Alex is a genius. I was at this convention signing autographs. And I’m a nerd. Whenever I’m done signing, I want to go walk around like the fans because that’s who I am. So I was walking around and I saw this amazing painting that was going for $2,000 and this guy says, Dont buy it, I know Alex. So sure enough, Alex sent me one about a week later to my house. And then I met him later on. Hes a great guy. He did my Lex Luthor portrait for TV Guide way back when.

QUESTION: What were you thinking coming back to the studio to record for the first time as Flash after all these years?

MICHAEL ROSENBAUM: I made sure that I got some sleep last night before I came to the studio because I knew that I had to really bring my A-game to Bruce (Timm) and Andrea (Romano) and the crew. The great thing about voice work is that you don’t have to worry about too much because you work with a great team. You just kind of sit down and relax and have water and a bag of chips and you just say the lines until you get them right (he laughs). The funny part is that, when youre alone in the booth, sometimes you dont have anybody else to talk to. You’re just looking out through the glass partition, and if they don’t want to hear you you know, you’re making jokes and you’re annoying they just let go of the button and you sit there talking to yourself. So I sit alone in this big room and I just kind of read copy. As long as you can read, you’re okay.

QUESTION: Youve worked with Andrea Romano for a long time. What makes her so special at what she does?

MICHAEL ROSENBAUM: Andrea Romano is the best in the business. She knows the material. She knows exactly what’s happening at every moment. And she doesn’t make you feel stupid. Shes become a dear friend sometimes she comes to my Thanksgiving dinners. Bruce doesn’t. Okay, maybe I don’t invite him. But with Andrea, she takes her job seriously but in a fun way, kind of like Flash.

Whats really funny about Andrea is that shell sugarcoat things. Youll know you sucked on a read, but she’ll make it sound like you didn’t suck but still get you to do it better. For instance, she’ll say, That was really great, except this time you’re a little more serious or Maybe with a darker tone or something that directs the actor without deflating him. She makes it playful and fun.

QUESTION: What was your reading of choice when you were a kid?

MICHAEL ROSENBAUM: I didn’t really have a strong comic book relationship I had more Fangoria magazines than I had comic books. I’m a big horror movie nut. Most kids would come home and do milk and cookies. My mother had milk, cookies and Motel Hell. This is the crap I watched and this is why I can’t sleep. I have an alarm system and a dog and a baseball bat next to my bed. But for some reason, I still watch horror movies. I actually directed a horror short called Fade Into You. Check it out sometime. I got these great horror actors A.J. Bowen and Danielle Harris — and we shot it at my house for two and a half days and nights. It was a blast.

QUESTION: Youve played Lex Luthor and youve voiced Flash. Is there a character that your inner geek is craving to play?

MICHAEL ROSENBAUM: I think I’d be a fantastic Han Solo. Unfortunately, Harrison Ford played Han Solo. But I think that’s my personality. Maybe someday theyll do a series where I could play Han Solo. Who knows? A guy can hope.