The all-new direct-to-video Justice League: Doom animated feature from Warner Premiere, DC Entertainment and Warner Bros. Animation is now available to own on Blu-ray and DVD. The new animated feature is loosely based on the acclaimed JLA: Tower of Babel comic storyline. Warner Home Video distributes the direct-to-video animated feature, which is also available on Pay-Per-View, OnDemand and for legal download. The Blu-ray release for Justice League: Doom features exclusive extras, including a creative team commentary and featurettes. The cover artwork for the separate home video releases are available below. 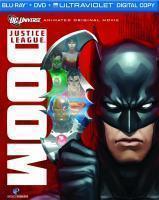 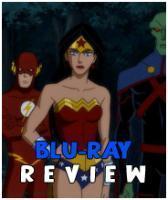 Further information on this latest DC Universe Animated Original Movie title can be found by clicking the images above. Click on the links below to discuss both the new Justice League: Doom animated feature and its respective DVD and Blu-ray home video releases.

Click here to read the The World’s Finest review of the Justice League: Doom Blu-ray release.

Continuing, the Justice League: Doom home video release also includes a look at the next DC Universe Animated Original Movie title, Superman Versus The Elite. Click on the thumbnails below to view a selection of images from the “A Sneak Peek at Superman Versus The Elite” featurette available on all Justice League: Doom home video releases. The following images are exclusive to The World’s Finest and are not to be removed without permission or credit given.

Discuss Superman Versus The Elite in The DC Animation Forum!

Follow The World’s Finest on Twitter and Facebook!
Michael Rosenbaum Discusses Returning As The Flash For “Justice League: Doom” Cast And Crew, “Superman Versus The Elite” WonderCon World Premiere Updates