Warner Home Video has released a new video clip from the upcoming Batman: The Dark Knight Returns, Part One animated feature. The latest film in the DC Universe Animated Original Movie line – arriving on September 25th, 2012 to Blu-ray Combo Pack, DVD, Download, and onDemand – is the first in a two-part adaptation of the acclaimed 1980s comic series The Dark Knight Returns starring a retired Batman who dons the cape and cowl to deal with a city decaying into crime. Click on the thumbnail below to view the new clip in the High-Definition Quicktime/MP4 format, followed by accompanying text. 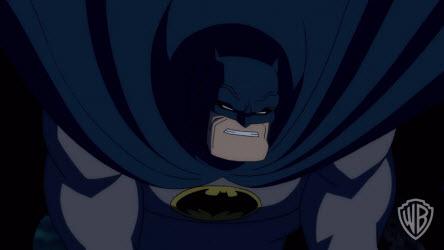 The all-new clip from Batman: The Dark Knight Returns, Part One in which Batman deals with criminals and cops with his own style of diplomacy.

Additionally, a review of the Batman: The Dark Knight Returns, Part One animated feature is now available at The World’s Finest. Please click here to read the review, and stay tuned for additional coverage on the title coming very soon.