Warner Home Video has provided the following press details for the bi-coastal premieres of Batman: The Dark Knight Returns, Part Two, the latest film in the DC Universe Animated Original Movie line. Arriving on home video January 29th, 2013, this latest animated DC Comics-based film is the conclusion to the two-part adaptation of the acclaimed 1980s comic series The Dark Knight Returns starring a retired Batman who dons the cape and cowl to deal with a city decaying into crime. Similar to previous titles in the DC Universe Animated Original Movie line, including the first installment of this two-part animated feature, Batman: The Dark Knight Returns, Part Two is receiving a big-screen debut in partnership with the historic The Paley Center for Media. Continue for the full details and click on the thumbnails below for a closer look at new images from upcoming animated adaptation. 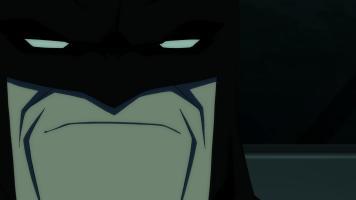 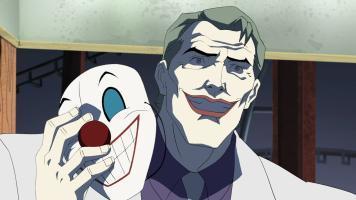 Warner Bros. Home Entertainment and The Paley Center for Media proudly present the bi-coastal premieres of Batman: The Dark Knight Returns, Part 2, the epic conclusion to Frank Miller’s comic masterpiece and the next entry in the popular, ongoing series of DC Universe Animated Original PG-13 Movies. The film will have its World Premiere in New York on January 23, 2013 and its West Coast Premiere in Los Angeles on January 28, 2013. Filmmakers and members of the voice cast will attend both events for red carpet media interviews and post-screening panel discussions.

On Wednesday, January 23, Batman: The Dark Knight Returns, Part 2 will screen at the Paley Center in New York City (25 West 52nd Street) with media interviews starting at 5:15 p.m. and screening commencing at 6:30 p.m. Following the screening, cast and filmmakers – led by eight-time Emmy Award winning dialogue/casting director Andrea Romano – will take part in a panel discussion of the film. Additional panelists will be announced as confirmed.

Fans wishing to receive free tickets to the New York event on January 23 must RSVP via email to DKReturns2NY@gmail.com.

Fans wishing to receive free tickets to the Los Angeles event on January 28 must RSVP via email to DKReturns2LA@gmail.com.

Batman: The Dark Knight Returns, Part 2:
With Gotham City back under his watchful eye, and accompanied by able sidekick Robin, Batman continues to battle crime – but his resurgence awakens a far worse evil at Arkham Asylum: The Joker. In the meantime, Superman has been dispatched by the President to halt Batman’s unsanctioned reign by whatever means necessary. Between the Joker’s diabolical scheme to drag Batman to the darkest levels of insanity, and the Man of Steel’s seemingly invincible physical presence, the Dark Knight must confront adversaries and allies simultaneously while maintaining the peace in Gotham City.