Warner Bros. Consumer Products has released new images from the upcoming animated series Beware The Batman and Teen Titans Go!. The new images were released in conjunction with the launch of Toy Fair 2013, with Warner Bros. Consumer Products showing off brands and licenses for upcoming entertainment events and programs. Toy Fair is the largest toy and youth product marketplace in the Western Hemisphere, bringing together more than 1,000 exhibiting manufacturers, distributors, importers and sales agents from around the globe to showcase their toy and entertainment products. Teen Titans Go! is set to join the DC Nation programming block on Cartoon Network starting April 2013, with Beware The Batman to follow Summer 2013. Additional images and content from both series are expected to premiere at Toy Fair 2013. Continue below to view the new images in high-resolution in addition to official series loglines. 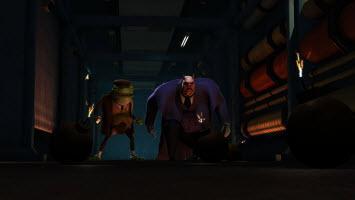 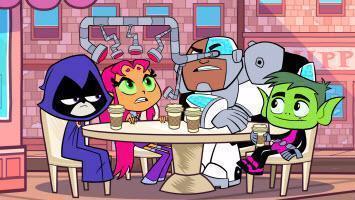 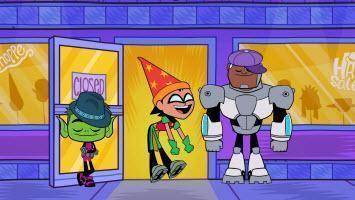 Teen Titans Go!
Featuring the return of Robin, Starfire, Raven, Beast Boy and Cyborg in all-new, comedic adventures, Teen Titans Go! will premiere in April 2013. Character-driven comedy is the order of the day as this new take on the superhero series focuses on the funny business that happens between saving the world and living together as teenagers without adult supervision. The series stars the principal voice cast from the original Teen Titans, and is produced by Warner Bros. Animation.

Beware the Batman
A cool, new take on the classic Dark Knight franchise, Beware the Batman incorporates Batman’s core characters with a rogue gallery of new villains not previously seen in animated form. Along with backup from ex-secret agent Alfred and lethal swordstress Katana, the Dark Knight faces the twisted machinations of Gotham City’s criminal underworld led by the likes of Anarky, Professor Pyg, Mister Toad and Magpie. Produced by Warner Bros. Animation, this action-packed detective thriller deftly redefines what we have come to know as a “Batman show.” Featuring cutting-edge CGI visuals, Beware the Batman, based on characters from DC Comics, is coming to Cartoon Network’s DC Nation block in Summer 2013.