Cartoon Network has provided The World’s Finest with new clips and stills from the upcoming new Teen Titans Go! episode “Driver’s Ed”/”Dog Hand,” airing Tuesday, April 30th, 2013 at 7:30pm (ET/PT) on Cartoon Network. The half-hour comedy/adventure series – which features two 11-minute tales – airs new episodes Tuesdays at 7:30pm (ET/PT) on Cartoon Network, with rebroadcasts airing during the DC Nation programming block Saturday and Sunday mornings at 10:30am (ET/PT). Continue below to view a gallery of new images and a selection of clips in the high-definition Quicktime format. The first two images lead to the clips, the remainder to episode stills. 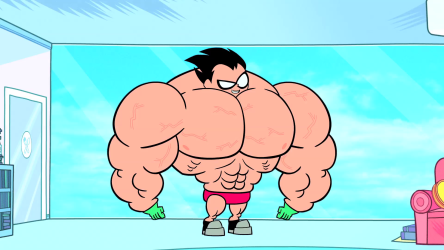 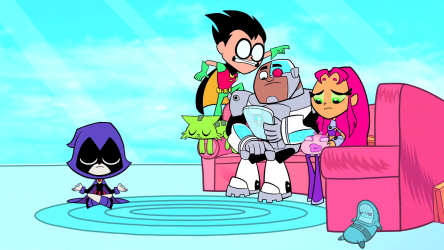 Teen Titans Go!
“Driver’s Ed”/”Dog Hand” airs Tuesday, April 30th, 2013 on Cartoon Network
“Driver’s Ed” – Robin enrolls in a driver’s education course, not knowing that the instructor is a crook using Robin as his getaway driver.
“Dog Hand” – When Raven’s demon dad comes for a visit, the Titans all talk about their “daddy issues.”