Warner Home Video has released a new video clip and a host of images from the new Superman: Unbound animated feature. Now available on home video and through assorted digital outlets, Superman: Unbound is the latest installment of the ongoing DC Universe Animated Original Movie line. Superman: Unbound adapts the acclaimed comic storyline “Superman: Brainiac” by Geoff Johns and Gary Frank. The new media content focuses on Supergirl and Lois Lane, two characters with prominent roles in the animated movie. Click on the first thumbnail below to view the new clip in the High-Definition Quicktime/MP4 format, with subsequent thumbnails leading to movie stills. 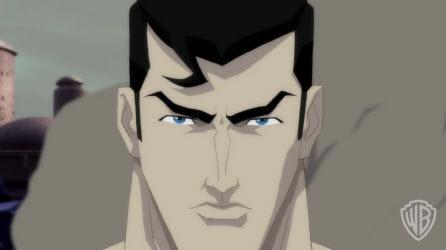 Further information on this latest DC Universe Animated Original Movie title can be found at the The World’s Finest Superman: Unbound subsite. Click on the links below to discuss both the new Superman: Unbound animated feature and its respective Blu-ray and DVD home video releases.

Click here to read the The World’s Finest reviews of the Superman: Unbound animated feature and Blu-ray release.

A co-production of Warner Premiere, Warner Bros. Home Entertainment Group, DC Entertainment and Warner Bros. Animation, the direct-to-video Superman: Unbound animated feature is now available to own on Blu-ray Combo Pack and DVD, On Demand and for Download. Stay tuned for additional content and coverage of this title.