Cartoon Network and Warner Bros. Animation have released media for new animated short-form content set to debut this Saturday, July 27th, 2013 during the DC Nation programming block. The latest installment in the “Wonder Woman” animated short series is set to premiere this weekend. The hour-long DC Nation programming block airs Saturdays and Sundays at 10:00am (ET/PT) on Cartoon Network. The DC Nation animated shorts star a host of different DC Comics characters in varying styles, and are usually paired with live-action interstitials. The block is anchored by Beware The Batman and Teen Titans Go!. Continue below to view the hi-res images, and a clip in the Quicktime format. 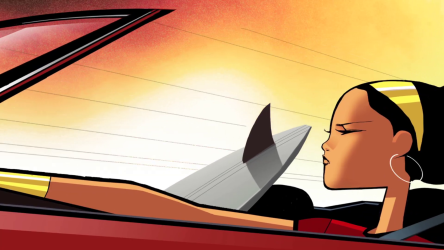