Cartoon Network has provided The World’s Finest with new stills and a clip from the upcoming Teen Titans Go! episode “Colors of Raven,” airing Wednesday, September 18th, 2013 at 7:30pm (ET/PT). The half-hour comedy/adventure series – which features two 11-minute tales – airs Wednesdays at 7:30pm (ET/PT) on Cartoon Network, with rebroadcasts airing during the DC Nation programming block Saturday and Sunday mornings at 10:30am (ET/PT). Please note the new story “Colors of Raven” will be paired with a re-airing of a previously-aired 11-minute tale. Continue below to view a gallery of new images and a clip in the high-definition Quicktime format. The first image leads to the clip, and the remainder to episode stills. 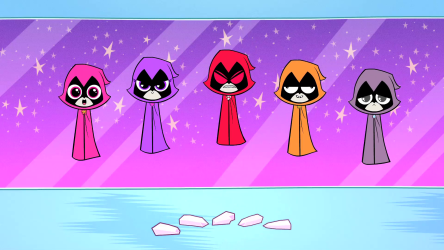 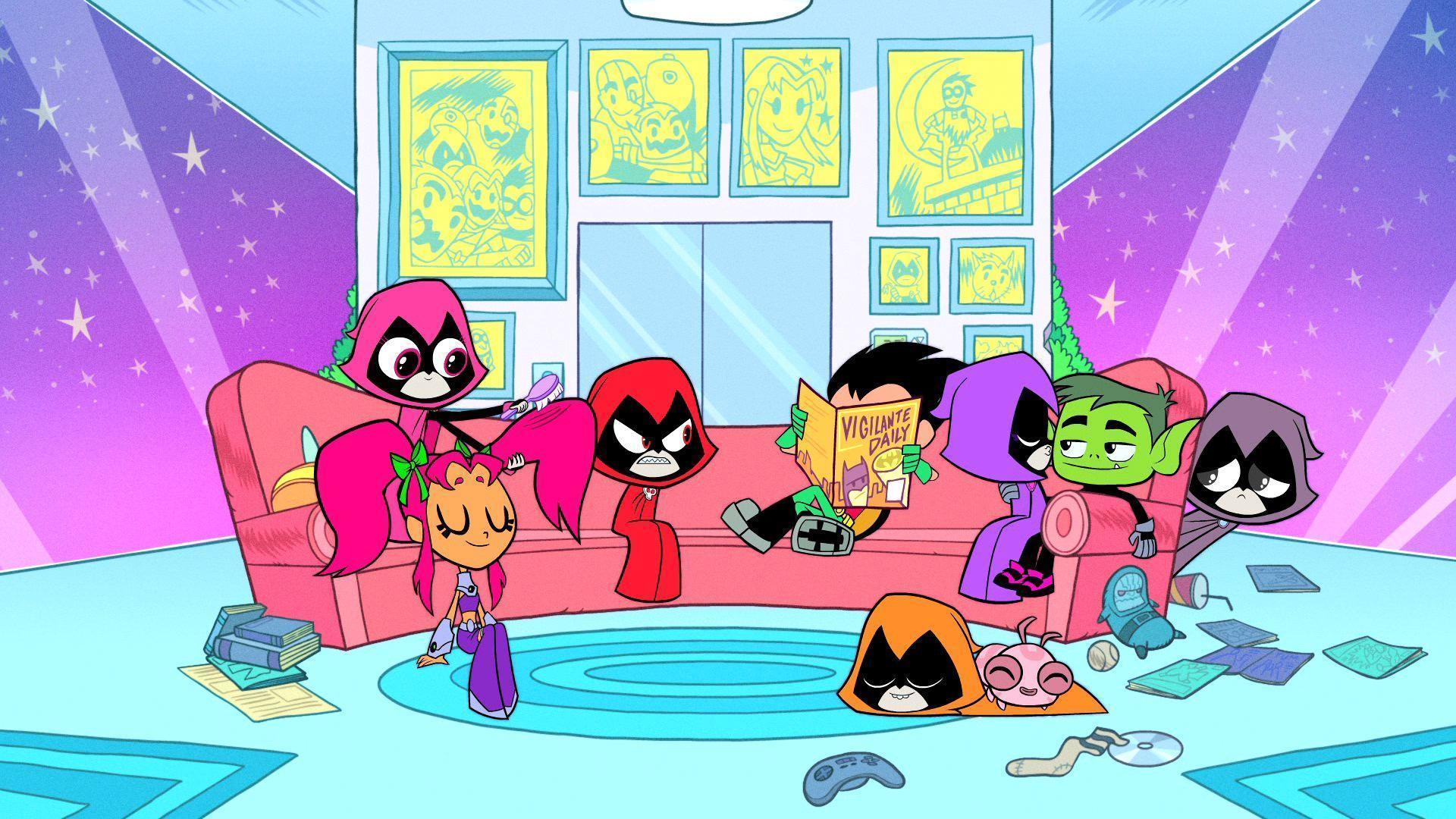 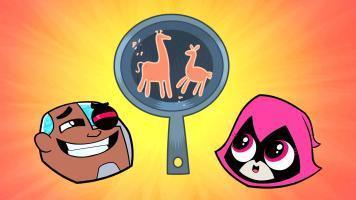 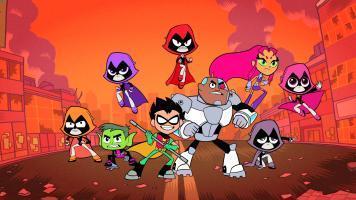 A mysterious prism creates five Ravens, each of a different color and with a different aspect of her personality. The Ravens disrupt life in the Tower so much that the others decide to use the crystal to put them back together again. But first they have to catch them.

The new Teen Titans Go! installment “Colors of Raven” will be paired with the previously-aired short.