Cartoon Network has provided The World’s Finest with new stills and clips from the upcoming Beware The Batman episode “Allies,” airing Saturday, September 14th, 2013 at 10:00am (ET/PT) on Cartoon Network. Beware the Batman incorporates Batman’s core characters with a rogue gallery of new villains not previously seen in animated form. Along with backup from ex-secret agent Alfred and lethal swordstress Katana, the Dark Knight faces the twisted machinations of Gotham City’s criminal underworld. Continue below to view a gallery of new images and video clips in the high-definition Quicktime format. The first two images lead to the clips, and the remainder to episode stills. 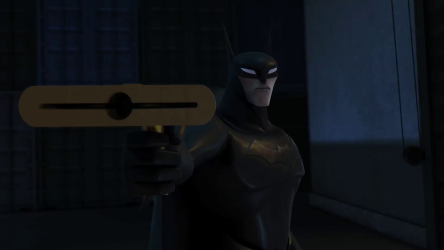 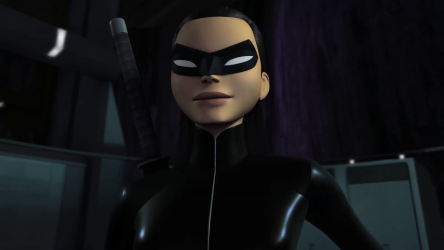 Beware The Batman
“Allies” airs Saturday, September 14th, 2013 on Cartoon Network
Tobias Whale is the most powerful gangster in Gotham City, and, after years of trying, Batman just got the evidence to put him away. But Whale is not going to be harpooned easily. After his lawyer tells Lieutenant Gordon to free Whale or else, the gangster has Barbara Gordon kidnapped and held in “The Cauldron,” the most dangerous part of Gotham. Even the cops are afraid of this place, but not Batman. With Alfred and Katana’s help, they stage a raid on the Cauldron, which is populated by a frightening group of thugs called “the Ghosts.” As it turns out, the Ghosts aren’t the most fearsome threat. Barbara Gordon is being guarded by a dangerous figure with a flaming head, who calls himself Phosphorous Rex.