Warner Bros. Home Entertainment has released the new video clip and a batch of new promotional hi-res stills for the upcoming direct-to-video animated movie Son of Batman. The new media features Batman, Damian, and Alfred Pennyworth. The 20th installment of the ongoing DC Universe Original Movie line will arrive Tuesday, May 6th, 2014 on Blu-ray Combo Pack, DVD, and for Digital Download. Son of Batman is inspired by the acclaimed Batman comic book storyline “Batman and Son” written by Grant Morrison, wherein Batman discovers he has a son – named Damian – with Talia Al Ghul.

Click on the player below to view the video, with images from the feature following beneath. 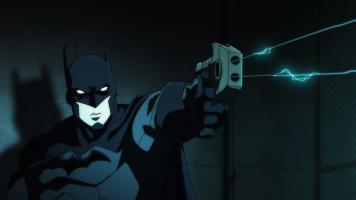 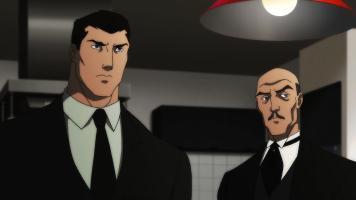 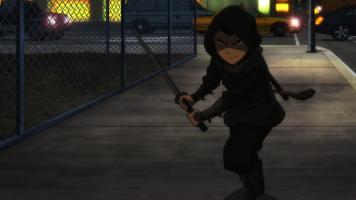 Son of Batman will have its World Premiere as the featured event at WonderCon on Friday, April 18th, 2014 in the Arena starting at 6:00pm local time. Warner Bros. Home Entertainment has provided the following details for the premiere event.

Son of Batman activities at WonderCon include an hour-long autograph session for fans on Friday, April 18 from 3:30-4:30pm in the DC Entertainment booth. All members of the panel are expected to be present for the signing, which will include an exclusive-to-WonderCon Son of Batman mini-poster. As the Friday night premiere of DCU films traditionally sells out, Warner Bros. Home Entertainment will give fans an additional opportunity to see the film with an encore screening of Son of Batman on Sunday, April 20 at 1:15pm in the Arena.

Here’s the description for the premiere and panel:

Friday, 4/18/14
6:00–8:00pm World Premiere: Son of Batman – Warner Bros. Home Entertainment, DC Entertainment and Warner Bros. Animation present the World Premiere of Son of Batman, the landmark 20th entry in the ongoing series of DC Universe Animated Original Movies. In the film, Batman learns he has a son, Damian – and to further complicate matters, the mother is Talia al Ghul, daughter of one of Batman’s most dreaded enemies, Ra’s Al Ghul. When the odds quickly turn against Batman and Damian, Batman must become both father and mentor to the aggressive, agile new Robin. Together they form an uneasy alliance to try and thwart the criminal enterprise of Deathstroke and his army of ninja man-bats before there are international consequences. Be among the first to see this new film, then stay for a star-studded panel led by the voice of Batman, Jason O’Mara (Terra Nova, Life on Mars) and fellow cast members Sean Maher (Firefly, Arrow), Xander Berkeley (Transcendence, Salem), Stuart Allan (Bad Teacher, Rise of the Guardians), and filmmakers including producer James Tucker (Justice League: War), director Ethan Spaulding (The Simpsons, Avatar: The Last Airbender), dialogue director Andrea Romano (Batman: The Dark Knight Returns), character designer Phil Bourassa (Justice League: War) and some potential surprise special guests. The panel will be moderated by TV Guide Magazine senior editor Rich Sands. Based on Grant Morrison’s famed DC storyline, Son of Batman arrives May 6, 2014 from Warner Bros. Home Entertainment on Blu-Ray™ Combo Pack, DVD and Digital HD. Arena