Taking a break from our regular site updates, The World’s Finest has an update on an upcoming animated project from Warner Bros. Animation spotlighting DC Comics’ biggest superhero team. Since mid-2015, there has been an assortment of online posts teasing the production of a new Justice League animated series. Pictures, tweets and posts plastered on an assortment of sites and social media outlets. So, when directly asked about a possible new Justice League animated series, a representative for Cartoon Network Canada sent The World’s Finest the following message via Facebook:

Discuss this news here at The DC Animation Forum! 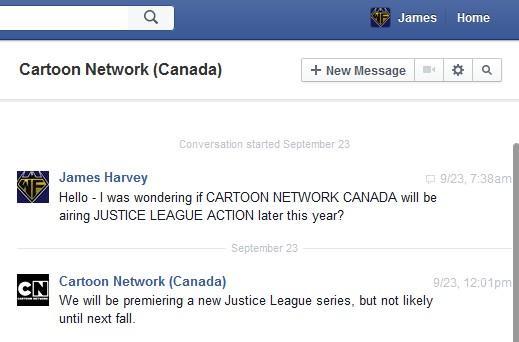 Additionally, Cartoon Network Canada sent the following message earlier today, unprompted and likely due to how fast the word of a forthcoming Justice League series has traveled. The only altered part of the image below is the removal of contact details provided by the network. 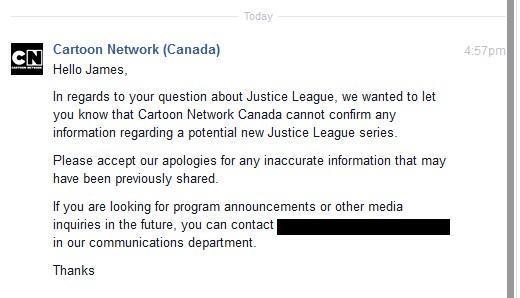 More details will be reported as they come available. Stay tuned for further updates right here at The World’s Finest and The DC Animation Forum.