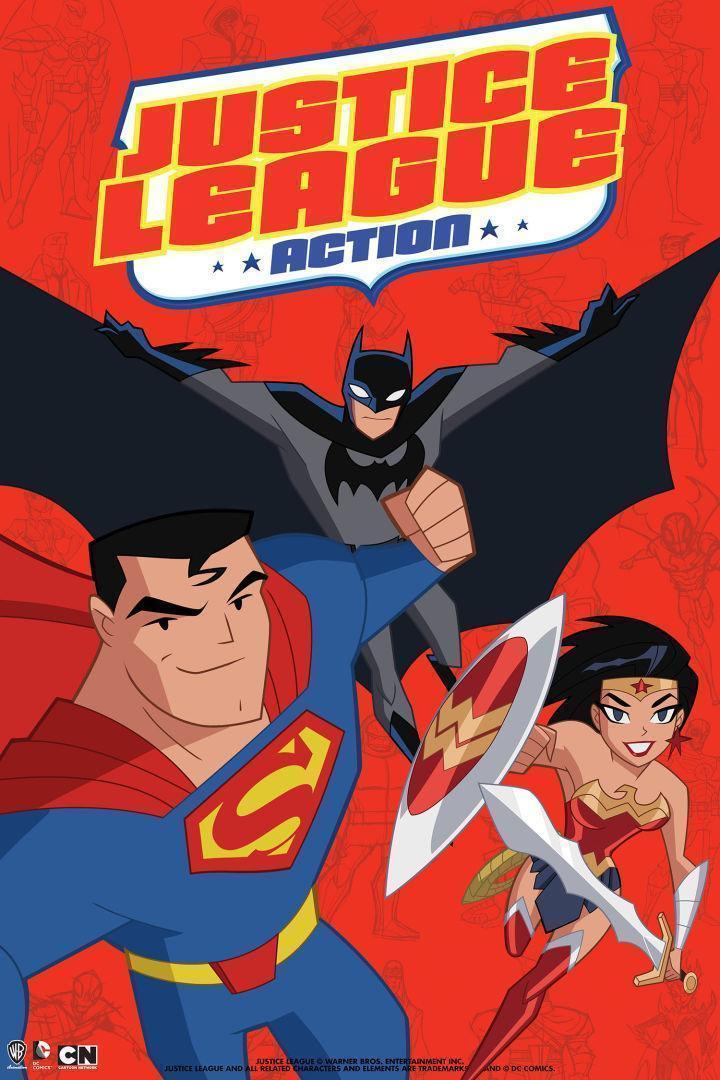 Batman, Superman and Wonder Woman lead the DC Comics Super Heroes against their most infamous foes in adventures packed with relentless thrills, fun and action. No need to wait for the good stuff to start, each eleven-minute episode jumps in with lightning-paced action and heroics. Whether defending the Earth, facing invaders from space, or battling the bizarre forces of magic, the always-rotating team of Justice League heroes, are up to any challenge.

The new series is the first DC Comics-based franchise to launch on Cartoon Network since the highly-successful Teen Titan Go!, which in 2015 ranked as a Top 5 animated series among Kids 2-11, 6-11 and all key Boys. Teen Titans Go! also ranks as Cartoon Network’s #1 property for cross-platform video plays and on VOD.

About Cartoon Network
Cartoon Network (CartoonNetwork.com) is Turner’s #1 ad-supported cable network with Kids 6- 11 in the U.S., with a global offering of the best in award-winning animated entertainment for kids and families across multiple platforms. Available in 192 countries and over 370 million homes, Cartoon Network takes its responsibilities to its audience seriously by embracing key social issues affecting families with initiatives such as Stop Bullying: Speak Up. Turner, a Time Warner company, creates and programs branded news, entertainment, animation and young adult media environments on television and other platforms for consumers around the world.

About Warner Bros. Animation
Warner Bros. Animation (WBA) is one of the leading producers of animation in the entertainment industry, producing and developing projects for multiple platforms, both domestically and internationally. WBA’s TV series include Be Cool Scooby-Doo!, Teen Titans Go!, The Tom and Jerry Show and Wabbit – A Looney Tunes Production for Cartoon Network, the upcoming Bunnicula for Boomerang, Mike Tyson Mysteries for Adult Swim and the forthcoming Green Eggs and Ham for Netflix. As the home of the iconic animated characters from the DC Comics, Hanna- Barbera, MGM and Looney Tunes libraries, WBA also produces highly successful animated films – including the DC Universe Animated Original Movies – for DVD. One of the most-honored animation studios in history, WBA has won six Academy Awards(R), 35 Emmy(R) Awards, the George Foster Peabody Award, an Environmental Media Award, a Parents’ Choice Award, the HUMANITAS Prize, two Prism Awards and 20 Annie Awards (honoring excellence in animation).

About DC Entertainment
DC Entertainment, home to iconic brands DC Comics (Superman, Batman, Green Lantern, Wonder Woman, The Flash), Vertigo (Sandman, Fables) and MAD, is the creative division charged with strategically integrating its content across Warner Bros. Entertainment and Time Warner. DC Entertainment works in concert with many key Warner Bros. divisions to unleash its stories and characters across all media, including but not limited to film, television, consumer products, home entertainment and interactive games. Publishing thousands of comic books, graphic novels and magazines each year, DC Entertainment is one of the largest Englishlanguage publishers of comics in the world.

Stay tuned for further details on Justice League Action, including its official 2016 premiere date, right here at The World’s Finest.

Discuss this news on The DC Animation Forum. Would you like to see The World’s Finest cover this series? Sound off on the forums and social media outlets!