Warner Bros. Home Entertainment announced the acclaimed The Lego Batman Movie animated feature will hit physical media on June 13 and Digital HD on May 19. The acclaimed movie grossed $175.8 million in North America and $136.2 million internationally. Continue below for the press details. 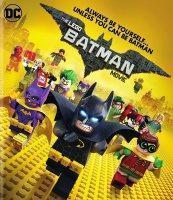 The Lego Batman Movie is directed by Chris McKay, and produced by Dan Lin, Phil Lord, Christopher Miller and Roy Lee, who worked together on The Lego Movie. Jill Wilfert, Matthew Ashton, Will Allegra and Brad Lewis serve as executive producers. The story by Seth Grahame-Smith is based on LEGO Construction Toys characters from DC and the screenplay is written by Seth Grahame-Smith, Chris McKenna, Erik Sommers, Jared Stern and John Whittington.

Additionally, all of the special features, including interviews with filmmakers, new original shorts, featurettes, deleted scenes and 360° videos, can be experienced in an entirely new, dynamic and immersive manner on tablets and mobile phones using the Warner Bros. Movies All Access App, available for both iOS and Android devices. When purchased digitally and redeemed on UltraViolet, the Warner Bros. Movies All Access App allows users to watch the movie and simultaneously experience synchronized content related to any scene, simply by rotating their device. Synchronized content is presented on the same screen while the movie is playing, thus enabling users to quickly learn more about any scene, such as actor biographies, scene locations, fun trivia, or image galleries. Also, users can share movie clips with friends on social media and experience other immersive content. The Movies All Access app is available for download on the iTunes App Store and Google Play Store.

The Blu-ray discs of The Lego Batman Movie will feature a Dolby Atmos® soundtrack remixed specifically for the home theater environment to place and move audio anywhere in the room, including overhead. To experience Dolby Atmos at home, a Dolby Atmos enabled AV receiver and additional speakers are required, or a Dolby Atmos enabled sound bar; however, Dolby Atmos soundtracks are also fully backward compatible with traditional audio configurations and legacy home entertainment equipment.

SYNOPSIS
In the irreverent spirit of fun that made The Lego Movie a worldwide phenomenon, the self-described leading man of that ensemble – LEGO Batman – stars in his own big-screen adventure. But there are big changes brewing in Gotham City, and if he wants to save the city from The Joker’s hostile takeover, Batman may have to drop the lone vigilante thing, try to work with others and maybe, just maybe, learn to lighten up.

DIGITAL DISTRIBUTION ELEMENTS
On May 19, The Lego Batman Movie will be available to own for streaming and download to watch anywhere in high definition and standard definition on favourite devices from select digital retailers including CinemaNow, iTunes, PlayStation, Xbox and others. It will also be available for streaming in 4K Ultra HD from select digital retailers including Google Play. On June 13, The Lego Batman Movie will be made available digitally on Video On Demand services from cable and satellite providers, and on select gaming consoles.

About DC Entertainment:
DC Entertainment, home to iconic brands DC (Superman, Batman, Green Lantern, Wonder Woman, The Flash, etc.), Vertigo (Sandman, Fables, etc.) and MAD, is the creative division charged with strategically integrating across Warner Bros. and Time Warner. DC Entertainment works in concert with many key Warner Bros. divisions to unleash its stories and characters across all media, including but not limited to film, television, consumer products, home entertainment, and interactive games. Publishing thousands of comic books, graphic novels and magazines each year, DC Entertainment is one of the largest English-language publishers of comics in the world.

“Wonder Woman: Commemorative Edition” Coming May 2, 2017 To Digital, May 16, 2017 To Blu-ray/DVD The World’s Finest Reviews “Teen Titans: The Judas Contract”