Warner Bros., via Warner Bros. Digital Networks Group, issued a straight-to-series order for a Harley Quinn animated comedy, which is slated to be part of it’s upcoming DC Comics-themed digital platform. Initial details state the 26-episode series will be spearheaded by producers Justin Halpern, Patrick Schumacker and Dean Lorey, who previously worked on Powerless. The animated series will be heavily inspired by the Harley Quinn character currently featured in the DC Comics title of the same name. 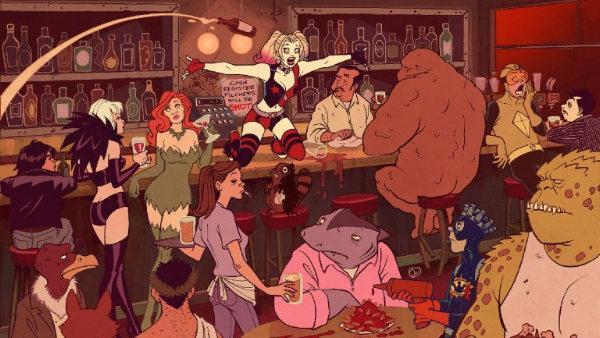 The animated series will also feature Poison Ivy and a cast of assorted heroes and villains from around the DC universe. The animated series follows Harley as she breaks things off with the Joker and attempts to make it on her own as the criminal “queenpin” of Gotham City. Sam Register, president of Warner Bros. Animation and Warner Digital Series, will be one of the executive producers. Jennifer Coyle also produces with Halpern and Schumacker’s Ehsugadee Productions in association with Warner Bros. Animation.

Additional details will be released in 2018, along with a first look at the animated series and further details concerning the show’s cast and crew. The role of Harley Quinn is currently not cast, but Warner Bros. is expected to approach Margot Robbie, who played the character in 2016’s live-action Suicide Squad feature, to reprise the role.

Harley Quinn will join the upcoming Young Justice: Outsiders revival and the live-action Titans on DC’s forthcoming digital platform, which is set to be revealed in 2018. Stay tuned for select coverage in the coming months right here at The World’s Finest.