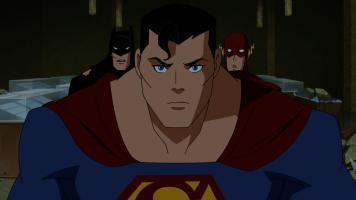 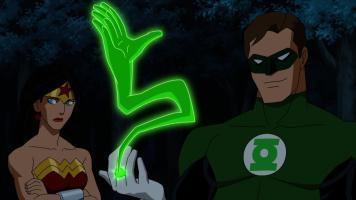 Fillion, the star of ABCs hit TV drama Castle, made his debut as Green Lantern/Hal Jordan in the recent Green Lantern: Emerald Knights. Fillion made his initial DCU bow as the voice of Steve Trevor in the 2008 hit Wonder Woman.

Currently headlining the cast of ABCs popular Private Practice, Daly originated the title characters voice in the landmark cartoon, Superman: The Animated Series. He has reprised the role in two DCU films: the 2009 extravaganza Superman/Batman: Public Enemies and the 2010 thriller Superman/Batman: Apocalypse.

In addition to current primetime stars Fillion and Daly, the cast is a grand reunion of the original group of actors who provided the voices of the Justice League for the cartoon of the same name and its follow-up, Justice League Unlimited. Reprising their roles are Kevin Conroy (Batman: The Animated Series) as Batman, Michael Rosenbaum (Smallville, Breaking In) as Flash, Susan Eisenberg (Superman/Batman: Apocalypse) as Wonder Woman and Carl Lumbly (Alias) as Jonn Jonzz/Martian Manhunter. Bumper Robinson (A Different World, Transformers: Animated) joins the cast as Cyborg.

Warner Home Video will premiere the Justice League: Doom trailer during its presentation at New York Comic Con on Friday, October 14 from 3:00-4:00 p.m. in the IGN Theater. Also premiering during that session will be the Catwoman animated short that is attached to Batman: Year One, the next DC Universe Animated Movie (streeting October 18).