A new video clip from Justice League: Doom, the upcoming animated feature loosely based on the acclaimed graphic novel JLA: Tower of Babel, has been released by Warner Home Video. The clip features Batman facing off against the Royal Flush Gang. Click on the thumbnail image below to view the clip, available in the High Definition Quicktime format. Also included below is a new image from the movie featuring members of the Justice League. 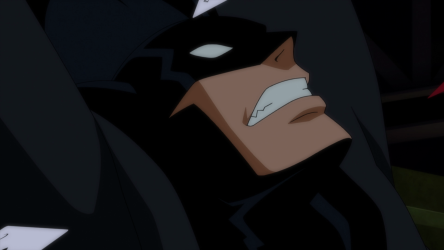 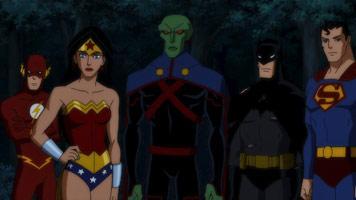