New video content, images and a studio-conducted Q & A for the Justice League: Doom animated feature have been made available by Warner Home Video, all of which is available below. Please note the first three thumbnails below lead to three separate High-Definition interview clips with Nathan Fillion, the voice of Green Lantern in Justice League: Doom, now available on home video. After that, additional images featuring Fillion and stills from Justice League: Doom are also included. Please continue on to view the content. 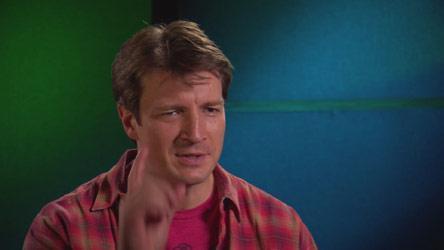 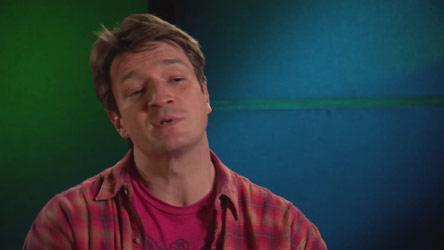 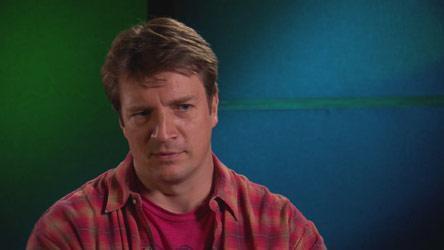 Before taking reins as the title character in Castle, Fillion starred in several primetime television series, including Desperate Housewives, Two Guys, a Girl and a Pizza Place and Buffy the Vampire Slayer. He has also developed a popular cult following as a pair of Joss Whedons heroic captains: Capt. Mal Reynolds in the space-western series Firefly and follow-up film, Serenity; and Captain Hammer in Whedons internet sensation Dr. Horribles Sing-Along Blog. 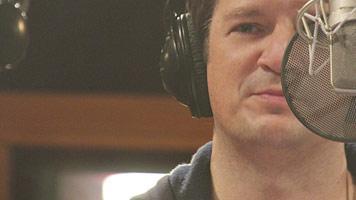 Fillions relaxed, easy-going, honest demeanor makes any interview a joy check out his answers below to a brief interview following his initial voiceover session for Justice League: Doom. And also keep your eyes peeled for video clips of answers from the same interview, offering additional insight on his thoughts about the film, his character and entertainment in general. Read on

QUESTION: This is your second run with Green Lantern. Do you now take full equity in the character?

NATHAN FILLION: I dont think I can take full equity in this character too many people have a chunk. Ryan Reynolds gets the right-of-way on this one. Right now I feel pretty Green Lantern-ish. But sooner or later, I think Ill be a poor mans Green Lantern.

QUESTION: How did the role in Justice League: Doom compare with the voicing of Green Lantern: Emerald Knights?

NATHAN FILLION: It was definitely different this time. A little more action, and more conversational. Last time it was like reading prose. We referred to last time as biblical, as though we were reading bible passages. Far more narrative, because Hal Jordan was really just relating stories of the Green Lantern Corps, and then being one of many contributing to the main story that weaves its way through the short stories. This time, its all action.

QUESTION: During your recording today, there were times when we could see a sly smile come across your face. What were you thinking?

NATHAN FILLION: This kind of work, it makes me happy. Makes me smile. When Im doing these voiceovers, I kind of like to live in the moment. You suspend reality for just a second. You know what Green Lantern looks like, you know the situations, you know the characters that surround him. So I kind of just like to live in that moment for half-a-second like Im there and it makes me (smile).

QUESTION: Super heroes inspire so many folks these days. Who inspired you as a kid?

NATHAN FILLION: Its always kind of in retrospect that you look back and think, That was a really big deal. But looking back, it was my dad and my brother who inspired me. My father has no fear. We dont have to worry about things like stopping meteors from hitting the Earth. Were not super. The things we worry about are every day social situations where something might be awkward or out of our control. My dad has never wanted to feel uncomfortable or awkward. He kind of says it like it is. If youre comfortable enough to do that thing, hes going to be comfortable enough to comment on it quite honestly. He always sort of controls every situation like that. Hell just say. Youre kind of a jerk, arent you? Hes that kind of heroic guy.

My brother has those same qualities, but hes more diplomatic about it. Hes more of a gentle giant. His leadership style, he says, is the velvet glove over the top of an iron fist. You get the soft velvet, but if you push against the glove, you get the iron fist.

QUESTION: What are your first memories of comics?

NATHAN FILLION: We had the Wee Book Inn, a second-hand bookstore (in Edmonton). You came in with a stack of comic books, and theyd kind of leaf through them for their value, and then say, Alright, from these 60 comics, you can have 35 from our used copies, and then my dad would fork over another 10 bucks or so we could have our full stack of 60 comics. Every few months wed go back to the store and get a fresh influx of comics. Wed only keep the ones we really, really liked. And my dad knew somebody who owned a proper comic book shop which kind of went the way of Dungeons and Dragons and eventually closed. I think if theyd stuck with comics, theyd have still been around. So I was really into comics. My brother and I would take turns with who got to have that comic book rack in their room. Wed go back and forth. Then eventually my brother got a little older, and then I started collecting and getting cardboard backs and plastic covers. Proper collecting. And then youve got to say, Okay, what am I going to do, spend all my money on comics? Because it got a little expensive. So comics or girls? Comics or girls? Hmmm

QUESTION: And now rather than just collecting comics, youre in them. How does that strike you?

NATHAN FILLION: Im a fan. I am very fortunate in that now I have a piece. Forever I will have this piece of Green Lantern. Ah yes, he voiced Green Lantern back in the day when they were still doing it on TVs and not holograms. Ill always have a chunk. Its nice to be a fan and own a piece. 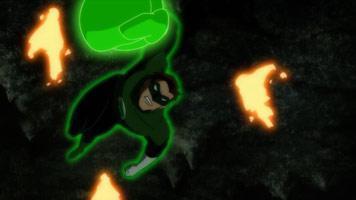 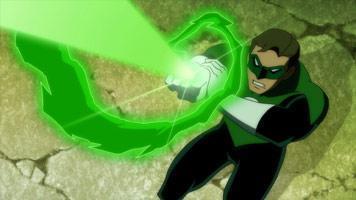 Click here to read the The World’s Finest review of the Justice League: Doom Blu-ray release, along with additional content from the animated feature.