With Green Lantern: The Animated Series – Original Score from the DC Comics Animated Television Series now available to own on CD courtesy of La-La Land Records through the label’s website – and going wide via online and retail vendors starting August 21st, 2012 – The World’s Finest caught up with Green Lantern: The Animated Series composer Frederik Wiedmann to discuss his work featured on the already-acclaimed soundtrack release. Weidmann covers a host of topics – including track selection, how an episode is scored, and what is coming in the future. Click the image below to read The World’s Finest latest interview with the music composer. 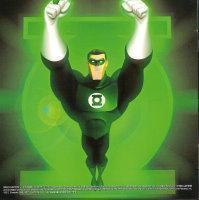 Continue to the Green Lantern: The Animated Series subsite for exclusive images from the soundtrack release.

The Green Lantern: The Animated Series – Original Score from the DC Comics Animated Television Series soundtrack CD release retails for $15.98 US, and is currently available to order through the official La-La Land Records website and other online specialty vendors. The release goes wide on August 21st, 2012, available through an assortment of online and retail vendors.

A representative for La-La Land Records recently confirmed plans to release further soundtrack releases for assorted animated series and features based on DC Comics properties, which includes the possibility of further Green Lantern: The Animated Series soundtrack titles. Further details are expected to be announced by the label later this year.