The World’s Finest caught up with Kevin Kliesch, who provided the music for the upcoming DC Universe Animated Original Movie Superman: Unbound, to discuss his work on the highly-anticipated animated feature.

Heavily involved in music from an early age, musician Kevin Kliesch has worked on a vast assortment of projects during his career. Composer for the recent Cartoon Network series ThunderCats, Kliesch’s other recent credits include Tangled Ever After, TMNT, X-Men: The Last Stand, and The Muppets, among other hits. His latest project is the film Superman: Unbound, which features music produced, engineered, orchestrated and performed by Kliesch. Superman: Unbound – Original Motion Picture Soundtrack is now available to own on compact disc and on digital download. Click on the image below for more from the talented musician. 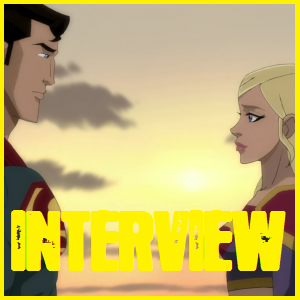 Superman: Unbound – Original Motion Picture Soundtrack is now available to own on compact disc or through digital download from WaterTower Music.

Want to purchase “Superman: Unbound – Original Motion Picture Soundtrack?” Check out Amazon and WaterTower Music to get your copy!