The Hub Network has scheduled a special Superman: The Animated Series marathon for Friday, June 14th, 2013 beginning at 4pm (ET/PT). The two-and-a-half hour marathon will air episodes from the classic 1990s Superman: The Animated Series cartoon, which adapted the comic mythos of the famous DC Comics character. Episodes focusing on Superman’s origin and his Kryptonian heritage will be featured during the marathon. The marathon is a promotional tie-in to the theatrical feature Man of Steel, arriving in theatres on June 14th, 2013. Complete episode specific details for the marathon can be found below, as well as a special promo made specifically for the event. The video is available in the MP4 format. 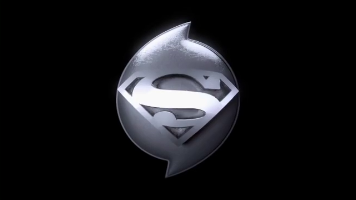 4:00pm (ET/PT) – “Last Son of Krypton, Part One”
With destruction raining down on the planet Krypton, Kryptonian scientist and Council member Jor-El uses the precious remaining moments to secure superbaby Kal-El in a rocket that will spirit him to an uncertain future on Earth.

4:30pm (ET/PT) – “Last Son of Krypton, Part Two”
Young Clark Kent discovers the truth about who and what he is. Upon reaching adulthood, he assumes his birthright as the Man of Steel, and the legend of Superman is born in the city of Metropolis.

5:30pm (ET/PT) – “Blast from the Past, Part One”
Superman decides to release Mala, a Kryptonian criminal, from the Phantom Zone, but when Mala proves too power-hungry for this world, Superman tries to send her back. Mala escapes with the Phantom Zone Projector and releases Krypton’s most notorious traitor, Jax-Ur.

Intent on conquering the world, Jax-Ur and Mala send Superman into the Phantom Zone, and then destroy the Projector. As their decimating attacks begin, it’s up to Lois and Professor Hamilton to rescue the Man of Steel in time.

Superman: The Animated Series airs regularly Monday – Friday at 5:00pm (ET/PT) on The Hub, with additional airings throughout the week.

Discuss Superman: The Animated Series in The DC Animation Forum!