Cartoon Network has provided The World’s Finest with new stills and clips from the upcoming Beware The Batman episode “Sacrifice,” airing Saturday, September 28th, 2013 at 10:00am (ET/PT) on Cartoon Network. Beware the Batman incorporates Batman’s core characters with a rogue gallery of new villains not previously seen in animated form. Along with backup from ex-secret agent Alfred and lethal swordstress Katana, the Dark Knight faces the twisted machinations of Gotham City’s criminal underworld. Continue below to view a gallery of new images and video clips in the high-definition Quicktime format. The first two images lead to the clips, and the remainder to episode stills. 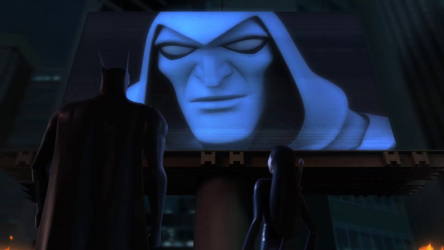 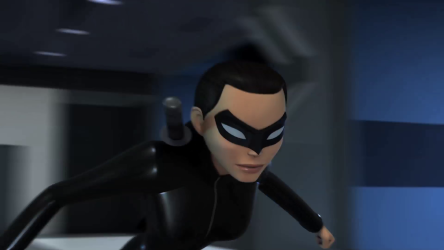 Beware The Batman
“Sacrifice” airs Saturday, September 28th, 2013 on Cartoon Network
Anarky returns once again to challenge Batman – but this time, his plan is far more deadly. Stealing a valuable object from the League of Assassins, Anarky pins the blame on Batman. At the same time, Anarky informs Batman that he knows where he can find the League. Although he knows it’s a trap, Batman goes with Katana anyway. As it turns out, Anarky has led both Batman, Katana, League leader Lady Shiva and her ninja assassins to a building that handles rare and deadly diseases. Once inside, Anarky releases one of the airborne viruses in the building. Now Batman and the others have to find a way to escape before being killed. One more thing: if the virus gets out…Gotham is doomed!