Cartoon Network has provided The World’s Finest with new stills and clips from the upcoming Beware The Batman episode “Instinct,” airing Saturday, October 5th, 2013 at 10:00am (ET/PT) on Cartoon Network. Beware the Batman incorporates Batman’s core characters with a rogue gallery of new villains not previously seen in animated form. Along with backup from ex-secret agent Alfred and lethal swordstress Katana, the Dark Knight faces the twisted machinations of Gotham City’s criminal underworld. Continue below to view a gallery of new images and video clips in the high-definition Quicktime format. The first two images lead to the clips, and the remainder to episode stills. 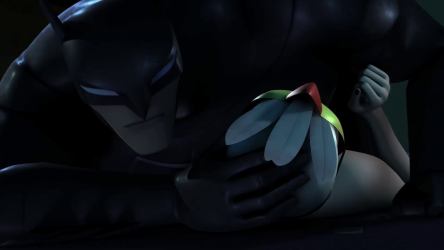 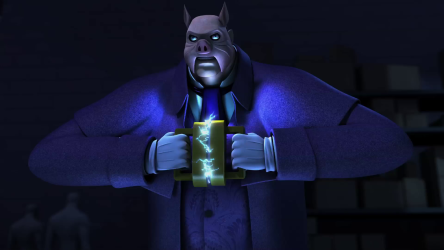 Beware The Batman
“Instinct” airs Saturday, October 5th, 2013 on Cartoon Network
Professor Pyg and Mr. Toad are back…and they’ve set their sights on Gotham’s elite couture culture. Leaving clues that only Batman can decipher, they attack both a model and a clothing designer – encasing them in deadly traps. Although Batman and Katana are able to save the day, they miss Pyg and Toad’s master plan: to destroy the yacht where the after-party for Gotham’s Fashion Week is being staged. Every fashion icon in the world will be there… as well as Bruce Wayne!