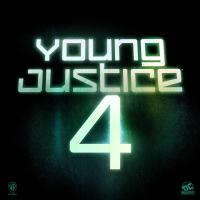 DC Universe announced that production on the fourth season of Young Justice is currently underway. Producers Greg Weisman and Brandon Vietti and Character Designer Phil Bourassa are all confirmed to be involved, and plotting and writing for the season has already begun. An expected airdate, and the sub-title for the fourth season, have not yet been announced. Talent from the series’ previous three seasons are also expected to return. Young Justice: Outsiders debuted earlier this year on DC Universe, and the series is described as follows:

Continuing, a new trailer for the forthcoming Harley Quinn animated series also debuted at San Diego Comic-Con 2019. The adult-oriented comedic series is expected to debut before the end of 2019 on the streaming service. DC Universe says the animated series follows Harley as she breaks things off with the Joker and attempts to make it on her own as the criminal “queenpin” of Gotham City. Check out the trailer in the player below.

Stay tuned right here for further details and updates on Young Justice: Outsiders and for select coverage on Harley Quinn. For more Young Justice videos, images, episode reviews and exclusive content, check out the The World’s Finest Young Justice subsite! Click on the link below to discuss the news.