An all-new image from the upcoming All-Star Superman animated feature, adapting the acclaimed series of the same name, has been made available through DC Comics and Warner Home Video. Click on the thumbnail below for a closer look at the image. 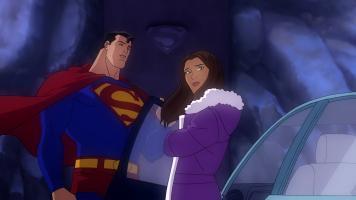 Trailer And Trade Ad For “Secret Origin: The Story Of DC Comics” Documentary

Warner Home Video has released an the official trailer and an online trade ad for the upcoming Secret Origins: The Story of DC Comics documentary home video release. Click on the thumbnails image below to view both the trailer and the trade ad. Please note the trailer is in the Quicktime format. 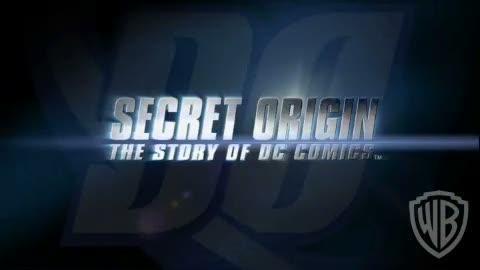 Additionally, Warner Home Video has announced the recent live-action theatrical film Jonah Hex will arrive on DVD and Blu-ray combo pack an October 12th, 2010. The $47 million feature has grossed just $10.5 million during its current theatrical run. Warner Home Video has provided the following details on the coming release, along with hi-res Blu-ray and DVD artwork and trade ad.

Synopsis: Out of the pages of the legendary comics and graphic novels steps Jonah Hex (Josh Brolin), a scarred drifter and bounty hunter of last resort. Jonahs past catches up with him when the U.S. military offers to wipe out the warrants on his head if he hunts and stop dangerous terrorist Quentin Turnbull (John Malkovich).

The night belongs to Warner Home Video at 2010 Comic-Con International as WHV presents nightly premieres of the Batman: Under the Red Hood,
Secret Origins: The Story of DC Comics, Lost Boys: The Thirst, and Cop Out (in Maximum Comedy Mode).

Also on the WHV slate is a Saturday afternoon presentation of its DC Showcase original animated shorts,
including the premiere of an all-new Jonah Hex short.

The WHV schedule kicks off Thursday, July 22 at 7:30 p.m. with the premiere of Secret Origins: The Story of DC Comics, an all-new documentary celebrating the amazing tales of Superman, Batman, Wonder Woman and Watchmen and the equally impressive story of the challenges, creativity and triumphs of the company that brought those characters to life. Distinguished panelists Denny O’Neil, Jim Lee, Len Wein, Karen Berger, Gerard Jones, Mac Carter and more will be featured on a post-premiere discussion of the compelling insiders tale, which is narrated by Ryan Reynolds. Location: Room 7AB

On Thursday, July 22 at 10:00 p.m., the Frog Brothers return to Comic-Con with holy water balloons ablazin for the World Premiere of Lost Boys: The Thirst, the latest high-energy, action-packed adventure in the ongoing franchise. Original cast members Corey Feldman and Jamison Newlander will be on-hand to chat about the first-ever screening of the cult classics third film in which the lost boys and girls of San Cazador prepare to party under the Blood Moon while an alpha vampire conspires to turn these unsuspecting ravers into an army of undead. The only thing that stands between him and the annihilation of the entire human race is the infamous vampire-fighting Frog Brothers. Expect some serious blood-sucker butt kicking. And Warner Bros. is providing the free popcorn! Location: Indigo Room, Bayfront Hilton.

As thousands of fans have been turned away from past “sold out” DCU film premieres at the 4,250-seat Ballroom 20, Warner Home Video is proud to present an encore screening of Batman: Under the Red Hood on Friday, July 23 at 10:15 p.m.

Kevin Smith commands Saturday night at 10:00 p.m. with an introduction of Cop Out in “Maximum Comedy Mode,” the latest innovation in home entertainment viewing that showcases director Kevin Smith and Seann William Scott guiding Blu-ray viewers through the comical stunts, improvisations and hijinks that went into creating this side-splitting buddy cop film starring Bruce Willis and Tracy Morgan. Stop by for a bundle of a laughs and a bucket of popcorn, courtesy of Warner Home Video. Location: Indigo Room, Bayfront Hilton.