To view the new James L. Venable Justice League: Crisis on Two Earths interview, exclusive to The World’s Finest, please click on the image below. 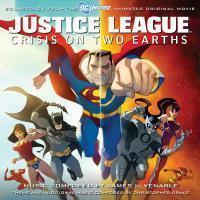 A co-production of Warner Premiere, DC Comics and Warner Bros. Animation, the direct-to-video Justice League: Crisis on Two Earths animated feature is now available to own DVD and Blu-ray disc. The title is also available through OnDemand and Pay-Per-View. Stay tuned for further updates here soon at The World’s Finest.

Below are official descriptions and airdates for episodes of the classic Justice League animated series slated to air for April 2010 on the Canadian network Teletoon. The information listed below is provided by Teletoon.

Friday, April 9th, 2010 – “Legends, Part Two”
During a fight with Lex Luthor, the Justice League is blasted into an alternate reality where they meet the Justice Guild of America, a group of old-fashioned comic book heroes whose exploits Green Lantern remembers reading about when he was a kid. Part two of a two-part episode.

Friday, April 16th, 2010 – “A Knight of Shadows, Part One”
Assisted by the demon Etrigan, the Justice League must stop an ancient sorceress, Morgaine Le Fey, from finding the Sorcerer’s Stone–a legendary object that would give her the power to rule the world.

Friday, April 23rd, 2010 – “A Knight of Shadows, Part Two”
Assisted by the demon Etrigan, the Justice League must stop an ancient sorceress, Morgaine Le Fey, from finding the Sorcerer’s Stone–a legendary object that would give her the power to rule the world.

Friday, April 30th, 2009 – “The Savage Time, Part One”
When the Justice League returns from a mission in space, the superheroes find that the world has changed and that it is now ruled by a ruthless, repressive dictator named Vandal Savage. To restore life as they know it, the members of the Justice League must travel back in time and team with Sgt. Rock and The Blackhawks to refight World War II. 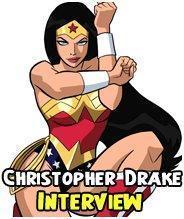 “Batman: The Brave And The Bold” April 2010 Schedule For Cartoon Network, Teletoon

Friday, April 2nd, 2010 at 7:30pm (ET) – “Power of Shazam!” — New!
Batman teams with Captain Marvel, the superhero alter ego of the young Billy Batson, to battle Dr. Sivana and Black Adam, who wish to usurp the magic of Shazam that gives Billy his power.

Friday, April 9th, 2010 at 7:30pm (ET) – “Chill of the Night!” — New!
The Spectre and The Phantom Stranger observe Batman as he uncovers the mystery of who killed his parents and travels back intime to team up with his own father.

Continuing, below are official descriptions and airdates for episodes of the Batman: The Brave and The Bold animated series slated to air during the month of April 2010 on the Canadian network Teletoon. Please note the information listed below is provided by Teletoon.

Sunday, April 4th, 2010 – “011 – Return of the Fearsome Fangs!”
Batman and a reluctant Bronze Tiger fight to prevent Fox, Vulture and Shark from invading an ancient Chinese temple and stealing the sacred animal totem from within.

Sunday, April 18th, 2010 – “013 – Game Over for Owlman!”
On Earth, Owlman has been perpetrating crimes disguised as Batman and assembled all the villains to join him. Batman returns and teams with Joker to take Owlman down while avoiding all the heroes who are after him.

Sunday, April 25th, 2010 – “014 – Mystery in Space!”
On his birthday, a melancholy Aquaman joins Batman for a space adventure on Adam Strange’s home planet of Rann where the aquatic hero washes away his birthday blues with an epic battle against the Gordanians.