Fourteen more episodes of the acclaimed Young Justice animated series, currently airing Saturdays at 10:30am (ET/PT) as part of the DC Nation programming block on Cartoon Network, are now available on home video in a new two-disc DVD release. Young Justice: Dangerous Secrets collects fourteen episodes spread over two discs, bringing the remainder of the first season to home video for the first time. This release breaks the trend of single-disc Young Justice volume releases. The new release is now available on shelves for the suggested retail price of $19.97, and can be found in most retail and online vendors. Click on the thumbnails below for a closer look at the package artwork, with the official product description following.

Synopsis:
Back for another round, Robin, Superboy, Aqualad, Kid Flash, Miss Martian and Artemis join forces to take down some of the universe’s most dangerous foes. From India to Cadmus Labs, these super-powered sidekicks must think fast and use teamwork in their never-ending fight against The Light. Join the team as they battle the likes of the ruthless assassin Cheshire, the Lord of Chaos Klarion, the brutally powerful Sportsmaster and the deceptive Parasite. In battles that test their loyalties and reveal hidden secrets, Young Justice must user their incredible crime-fighting powers to come together and defeat their toughest enemies yet!

Young Justice: Dangerous Secrets is now available to own at most online and retail outlets for the suggested retail price of $19.97.

In additional news, the new Green Lantern: The Animated Series soundtrack CD release will also be available to own starting today. The new release from La-La Land Records will be available for sale beginning today – Tuesday, July 31st, 2012 – through the official label website and special online destinations starting at 1pm (PT). Additional details on this new release can be found here.

La-La Land Records has provided The World’s Finest with a closer look at the package and disc artwork for the upcoming Green Lantern: The Animated Series – Original Score from the DC Comics Animated Television Series soundtrack CD title, available through the label’s official website and online specialty sites beginning at 1pm (PT) tomorrow – Tuesday, July 31st, 2012. The soundtrack title will then be available wide through outlets such as Amazon.com beginning Tuesday, August 21st, 2012. The Green Lantern: The Animated Series soundtrack covers the first thirteen episodes of the acclaimed CGI Cartoon Network series. Click on the thumbnail images below for a closer look at the packaging for this title, the below images exclusive to The World’s Finest. Product description is also available below.

Order Green Lantern: The Animated Series starting July 31 at 1pm PST at www.lalalandrecords.com and get your CD autographed by composer Frederik Wiedmann. Autographs are while supplies last and are NOT guaranteed.

La-La Land Records and WB Animation presents the original soundtrack to the hit DC Animated Television Series, Green Lantern: The Animated Series, currently airing on Cartoon Network. Composer Frederick Wiedmann fashions an action-packed score that propels the Green Lantern to new heights and perfectly enhances all the acclaimed show’s superheroic thrills! Packed with more than 70 minutes of original music from some of the show’s greatest first season moments, this is a must have for animation fans everywhere! Produced by Frederik Widemann and MV Gerhard and mastered by James Nelson, this thrilling compilation CD includes liner notes featuring comments from the composer and the show’s producer, Giancarlo Volpe.

The above content, along with complete track listing details, are available right here at The World’s Finest.

The Green Lantern: The Animated Series – Original Score from the DC Comics Animated Television Series soundtrack CD release retails for $15.98 US, and will be available to order through the official La-La Land Records website and other online specialty vendors starting tomorrow, July 31st, 2012 at 1:00pm (PT). A representative for La-La Land Records recently confirmed plans to release further soundtrack releases for assorted animated series and features based on DC Comics properties, which includes the possibility of further Green Lantern: The Animated Series soundtrack titles. Further details are expected to be announced by the label later this year.

The World’s Finest has a look at the package artwork and discs for the recent Batman: The Animated Series – Original Soundtrack From The Warner Bros. Television Series, Volume Two soundtrack CD title, released by La-La Land Records. The four-disc collection was made available wide last week, and can currently be ordered through the official La-La Land Records website and online specialty vendors. With a limited run of 3500 copies, the latest Batman: The Animated Series soundtrack CD title is expected to sell out. Click on the thumbnail images below for a closer look at the packaging for this title, the below images exclusive to The World’s Finest.

The above content, along with complete track listing details, are available right here at The World’s Finest.

The four-disc Batman: The Animated Series – Original Soundtrack From The Warner Bros. Television Series, Volume Two CD soundtrack release retails for $59.98 US, and is currently available to order through the official La-La Land Records website and other online specialty vendors. A representative for La-La Land Records recently confirmed plans to release further soundtrack releases for Batman: The Animated Series and other animated series and features based on DC Comics properties. Further details are expected to be announced by the label later this year. 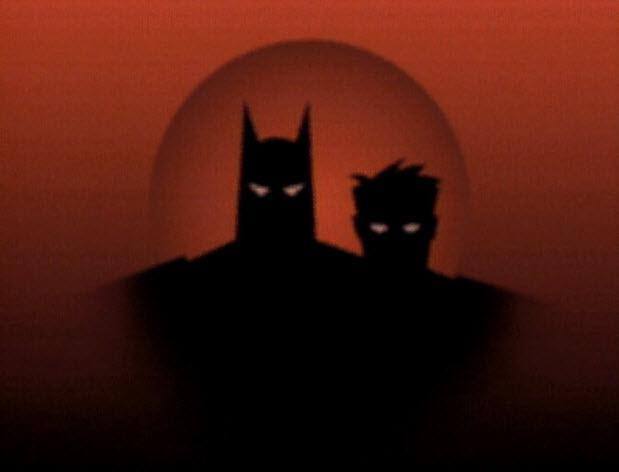 When Batman and Robin bust up an extortion, Batman learns the name of the gang leader. To Robin’s surprise, he refuses to let Robin continue the investigating with him, preferring to work alone instead. When Robin discovers the truth, he finds that the case is connected with Tony Zucco, a gangster who was responsible for the death of Robin’s parents.

Monday, July 30th, 2012
8:30pm (ET/PT) Batman: The Animated Series “Robin’s Reckoning, Part Two”
Robin heads off in hot pursuit of Tony Zucco, despite Batman’s forbidding him to do it. Some tricky detective work takes him to the crook’s hideout at the old amusement pier where Zucco has accidentally trapped Batman.

Monday, July 30th, 2012
9:00pm (ET/PT) Batman Beyond “Hidden Agenda”
Fellow high school student Max Gibson finds out that Terry is Batman when he saves her from the threat of a vengeful Jokerz member.

Monday, July 30th, 2012
9:30pm (ET/PT) Batman Beyond “Once Burned …”
Terry’s emotion resolve is put to the test when Ten from the Royal Flush Gang, reverts back to a life of crime. The situation is further complicated when she has to steal to save her family from kidnappers.

For more information about The Hub and to find the channel in your area, visit www.hubworld.com and check the channel locator at the top of the page.

The Hub, a television destination for kids and their families, is a joint venture of Discovery Communications and Hasbro, Inc. You can visit The Hub on Facebook at http://www.facebook.com/hubtvnetwork. For artwork, visit www.press.discovery.com

Teen Titans: Trouble in Tokyo
Cartoon Network, Saturday, August 4th, 2012 at 11:00am (ET/PT)
When a high-tech ninja attacks Titans Tower, Robin, Starfire, Cyborg, Raven and Beast Boy spring into action. Robin finds out that the ninja was sent by a mysterious and menacing Japanese criminal known as Brushogun, and the Teen Titans travel to Tokyo to track the villain down.

Stay tuned for further updates here soon on The World’s Finest, including the latest schedule and episode details.