Debuting three new feature-length titles in 2013, the DC Universe Animated Original Movie direct-to-video line from Warner Home Video moved over one million home video units during the calendar year. The numbers below comes from the three DC Universe Animated Original Movie titles that debuted this year – Batman: The Dark Knight Returns, Part 2, Superman Unbound and Justice League: The Flashpoint Paradox. Note that all numbers listed in this articles are estimated numbers only, based on research and market analysis.

The second feature-length DC Universe Animated Original Movie title of the year, released May 7th, 2013, the direct-to-video Superman Unbound animated feature has moved 225,000 units in both the DVD and Blu-ray format since its debut. The title was easily the lowest profile release in the DC Universe Animated Original Movie line for 2013, despite the marketing tie-in with the big-screen Man of Steel feature film. Superman Unbound moved only 105,000 units combined in its first frame, the week ending May 12th, 2013. Criticism of the film’s light story and overall run-of-the-mill aestetic led to a tepid response from fans. Superman Unbound experienced a slight uptick during the year, thanks to the heightened awareness of the Superman brand, but was unable to properly cultivate it to higher sales.

Lastly, the final 2012 release under the DC Universe Animated Original Movie banner, Justice League: The Flashpoint Paradox also proved to be the best seller for the home video line. The title moved 166,000 total DVD and Blu-ray units in its first week, the week ending August 4th, 2013, and managed to keep a consistent pace for the remainder of the year. Even after the initial two weeks of sales, the title managed to average between 10,000 – 30,000 for the majority of the year’s remainder, with sales usually nearly even between DVD and Blu-ray sales. Before the end of the calendar year, sales for Justice League: The Flashpoint Paradox settled around 425,000 units moved. However, interest in the title remains strong, primarily due to the enormous positive fan reaction to the movie, and will likely quietly pass the 500,000 mark in 2014.

Please note that sales of Batman: The Dark Knight Returns – Deluxe Edition were not tracked for this calendar year.

Please note sales numbers are estimates gathered through independent research, market analysis and various home media retailing outlets. Additionally, sale numbers from titles released before the 2012 calendar year are not taken into account. Also remember to take into account release date and character marketability when comparing sales numbers for each title. And while the sales numbers do not take into account rental numbers, OnDemand numbers or legal download numbers, it is worth noting that the amount of legal downloads is becoming a higher factor when tracking home video releases. As more people turn to the option of legal downloads, via iTunes and streaming services, physical home video sales will start to noticeably dip.

The latest issue of the new monthly Beware The Batman title from publisher DC Comics and DC Entertainment, issue #3, arrives in comic book and hobby stores today. The new comic title is inspired by the Cartoon Network animated series of the same name. A downloadable digital version of the comic will also be available through digital outlets including ComiXology and the DC Comics website. Scott Beatty is the author for Beware The Batman #3, with Luciano Vecchio providing the art.

Beware The Batman #3 is being released a day early, on Tuesday instead of the regular Wednesday release date, due to the New Year’s Day holiday.

The Beware The Batman comic title, with a rotating creative team, features stories taking place in continuity with the animated series’ source material. A cool, new take on the classic Dark Knight franchise, Beware the Batman incorporates Batman’s core characters with a rogue gallery of new villains not previously seen in animated form. Click on the images below to view a preview of the comic, along with additional details below.

The Story: Tobias Whale has not forgotten the store of weapons sunk under Gotham City’s bay. He’s ready to salvage the ship, but Batman’s also made plans. When they collide undersea near the continental shelf, who will prevail?

Discuss Beware The Batman #3 at The DC Animation Forum! 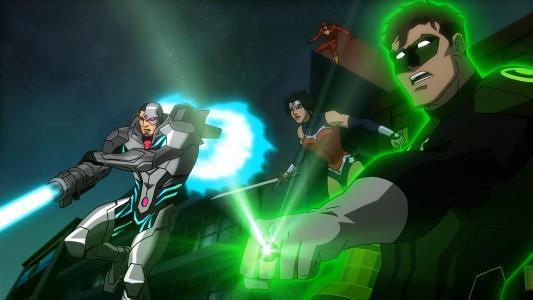 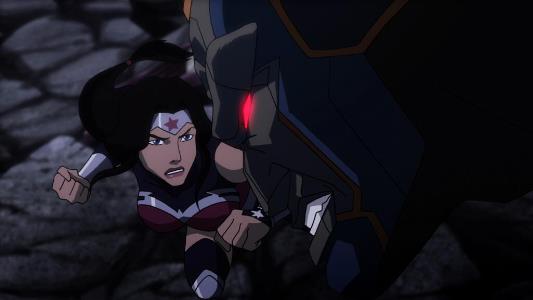 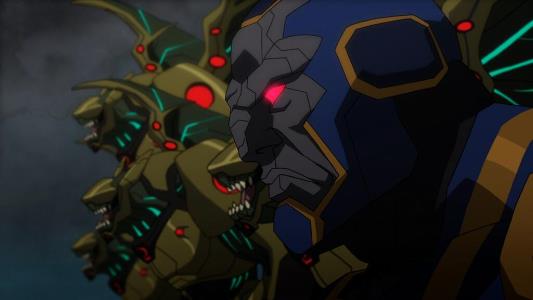 Warner Bros. Home Entertainment has provided updated package artwork for the upcoming Teen Titans Go! – Season One, Part One: Mission To Misbehave two-disc DVD collection, hitting shelves March 4th, 2014. The DVD collection will feature 26 11-minute episodes from the first season of the new animated comedy series. Teen Titans Go! follows the comedic adventures of the teenage superhero team as they deal with what happens between the major battles. MSRP for the two-disc DVD release is $19.97. Updated package artwork and a synopsis for the release can be found below.

Synopsis: Featuring the return of Robin, Starfire, Raven, Beast Boy and Cyborg in all-new, comedic adventures, Teen Titans Go! Character-driven comedy is the order of the day as this new take on the superhero series focuses on the funny business that happens between saving the world and living together as teenagers without adult supervision. The series stars the principal voice cast from the original Teen Titans, and is produced by Warner Bros. Animation.

Please note these details, including street date, are subject to change. Details on possible bonus content is still to be announced. The two-disc Teen Titans Go! – Season One, Part One: Mission To Misbehave DVD collection, featuring 26 11-minute episodes from the first season of the hit comedy series, hits shelves March 4th, 2014 from Warner Home Video for MSRP $19.97.

Please note that updates may be infrequent due this week and next to the current holiday season. Thank you for understanding.