Warner Bros. Entertainment released details for the San Diego Comic-Con 2014 debut of Batman: Assault on Arkham, the next installment in the ongoing DC Universe Animated Original Movie line. The San Diego Comic-Con convention is held every year, and focuses on a host of different genres and pop culture events. The animated movie – which will be available August 12th, 2014 on Blu-ray Combo Pack, DVD, and for Digital Download – features a new story based on the popular Batman: Arkham video game series. In Batman: Assault on Arkham, a routine mission by the Suicide Squad to stop The Riddler goes awry when The Joker gets involved, drawing the attention of Batman.

Official convention panel details for Batman: Assault on Arkham can be found below, along with information on other relevant Batman-related panels. 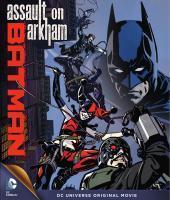 It’s the world premiere of Batman: Assault on Arkham, the next entry in the ongoing series of DC Universe Original Movies, due out on Digital HD on July 29th and as a Blu-ray Combo Pack on August 12th. Produced by WBHE, DC Entertainment and Warner Bros. Animation, the full-length animated film is based on the best-selling Batman: Arkham videogame series. Lucky attendees at the Ballroom 20 event will also be treated to a panel discussion featuring Kevin Conroy of Batman: The Animated Series, Matthew Gray Gubler, Troy Baker and John DiMaggio, and the filmmaking team of producer James Tucker, director Jay Oliva, dialogue director Andrea Romano, screenwriter Heath Corson, and moderator Victor Lucas. There will also be special announcements, exclusive prizes and a few potential surprises.

Details for other noteworthy panels are as follows below.

In concert with all the WB divisions, DC Entertainment continues to fête Batman’s 75th year, making the icon the centerpiece of their offerings, including all-star panel appearances by Batman talent as well as a rare display of some of the canon’s most famous film costumes in history—those worn by Christian Bale, George Clooney, Val Kilmer and Michael Keaton—on display in the DC Entertainment booth. The character will also appear on the cover of the Con’s official souvenir book, and on a Con-exclusive T-shirt designed by DC Entertainment Co-Publisher and legendary artist, Jim Lee.

From 6:00 to 7 p.m. on Thursday, July 24th, WBHE hosts Batman ’66, reuniting pop icons Adam West, Burt Ward and Julie Newmar on the Hall H stage for “Batman: The Complete Television Series.” Moderated by Ralph Garman, the actors behind Batman, Robin and Catwoman will give the audience an inside look at the exclusive content contained in the Home Entertainment release due out later this year, as well as present dazzling high-definition re-mastered footage from the landmark series.

Warner Bros. Interactive Entertainment, in celebration of the upcoming release of Rocksteady Studios’ Batman: Arkham Knight, will host the Cape/Cowl/Create art exhibit, open to the public daily from July 25th through the 27th, 12 p.m. to 7 p.m. at the Hard Rock San Diego Hotel’s Legends Room. This free public exhibition will feature true-to-scale replicas of the game’s cape and cowl used as a blank canvas by top contemporary artists to produce their own original interpretations.

At 12:00 p.m. on Sunday, WAC presents A Batman for all Seasons. Join respected producer/author Michael Uslan, producer James Tucker, producer/director Brandon Vietti, WAC Podcast hosts Patterson and Ferranti and surprise guests, as they examine Batman iterations and oddities throughout history, from early films like “Public Defender” and the Batman cartoons, to new versions of the character, the off-kilter takes and new media. Attendees who stick around to the end will be privy to a special WAC announcement that will excite fans both “Young” and old. Room 7AB.

And Sunday, July 27th, at 1:00 p.m., WBIE will also host a panel for LEGO™ Batman 3: Beyond Gotham, developed by TT Games, with an exclusive gameplay demonstration, character reveals, special announcements and a lively panel discussion with several members of the voice cast featured in the game. Also, throughout the Con, the game will be available for the first time for hands-on play by consumer 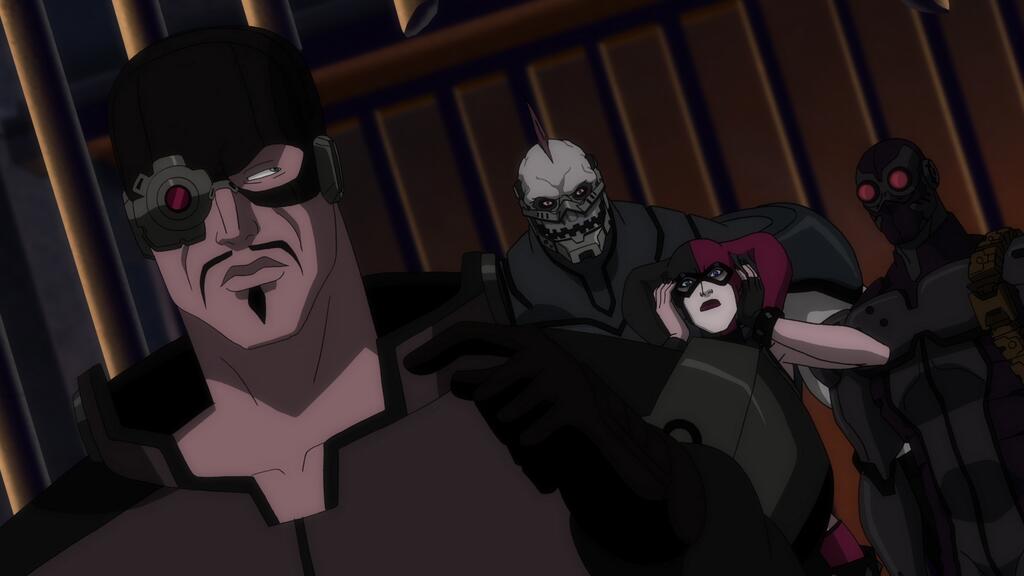 A representative for Warner Bros. Home Entertainment recently released an image from the upcoming animated feature Batman: Assault on Arkham, the next installment in the ongoing DC Universe Animated Original Movie line. The animated feature – which will be available on Blu-ray Combo Pack, DVD, and for Digital Download – features a new story based on the popular Batman: Arkham video game series. In Batman: Assault on Arkham, a routine mission by the Suicide Squad to stop The Riddler goes awry when The Joker gets involved, drawing the attention of Batman. Batman: Assault on Arkham will be available August 12th, 2014 on Blu-ray, DVD, and for Digital Download. 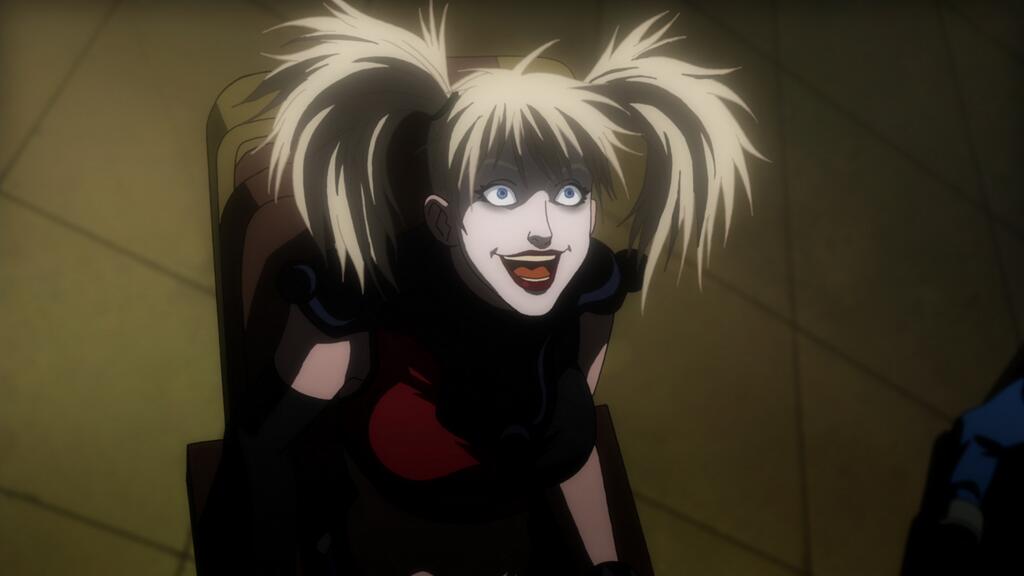 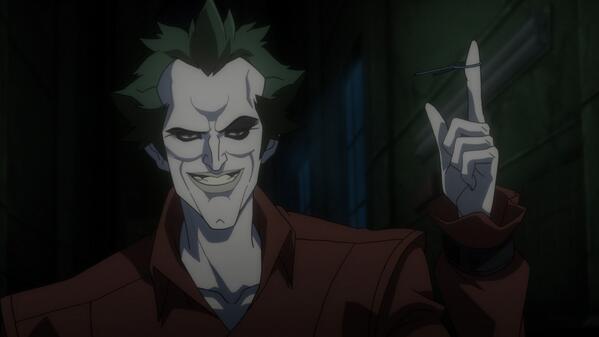 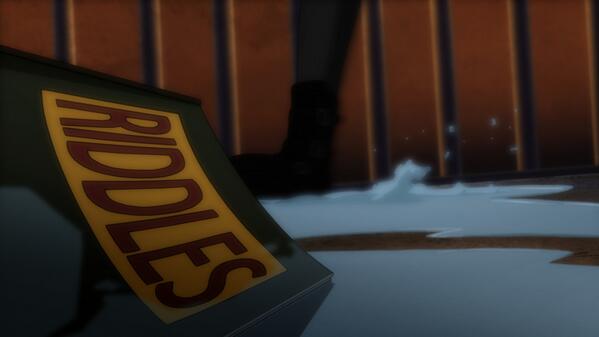 Animated Batman Part Of “Batman at 75: Screenings From The Paley Center Collection”

Details on some select events can be found below, with a complete rundown available at the official The Paley Center for Media website.

Even your grandmother could name Batman’s sidekick or home base (or maybe both). The Dark Knight is arguably the world’s most popular superhero and one of the most iconic and influential fictional characters of all time. Celebrate the seventy-fifth anniversary of his first appearance, in Detective Comics #27 (May 1939) every weekend in May at the Paley Center with a wide variety of Bat-entertainment, from the cheesy propaganda of the 1943 movie serial up to today’s critically acclaimed DC Universe Animated Original Movies, including Justice League: Doom and LEGO Batman: The Movie – DC Super Heroes Unite.

12:30 pm – Justice League: Doom
This animated superhero motion picture features the Justice League of America, consisting of Batman, Superman, Wonder Woman, the Martian Manhunter, Green Lantern, Cyborg, and the Flash, as they battle the Legion of Doom, with a distinct disadvantage: the villains have hacked into the Batcomputer, which reveals how to most effectively rend each hero’s powers useless. Voiced by Kevin Conroy, Phil Morris, Olivia d’Abo, Tim Daly, Carl Lumbly, Paul Blackthorne, Nathan Fillion, and scripted by the late, great Dwayne McDuffie. (2012; 77 minutes)

3:20 pm – Batman: The Brave and the Bold “Journey to the Center of the Bat”
When villain Chemo infects Batman with an insidious “silicate” disease, Aquaman and the Atom venture within the Dark Knight’s body to stop its spread. Also featuring appearances by DC’s two super-stretchable heroes, Plastic Man and Elongated Man. (2009; 22 minutes)

Details on other Batman-related screenings – including episodes of the classic 1960s Batman television show and the 1940s Batman series – can be found at the official The Paley Center for Media website.

The Paley Center for Media, with locations in New York and Los Angeles, focuses on the discussion about the cultural, creative, and social significance of television, radio, and emerging platforms for the professional community and media-interested public. The Center plays hosts to many events throughout the month, touching upon different areas of the vast entertainment industry.

These screenings at The Paley Center for Media are part of the year-long “Batman 75” celebrations, commemorating the 75th anniversary of Batman’s first comic book appearance. More details on “Batman 75” can be found here.