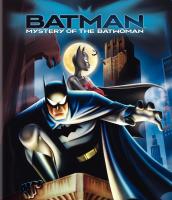 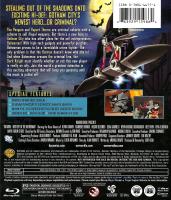 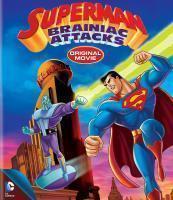 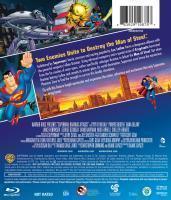 Batman: Mystery of the Batwoman and Superman: Brainiac Attacks are both now available to own on the Blu-ray format from Warner Home Video for the suggested retail price for both titles is $14.98. Additional details for Batman: Mystery of the Batwoman can be found here at The World’s Finest, with additional details for Superman: Brainiac Attacks also available here at The World’s Finest. Click on the links below to discuss the both the animated features and the new home video release of each respective title. 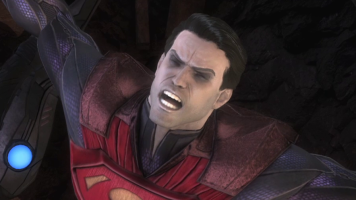 Warner Home Video has provided The World’s Finest with the package artwork for the upcoming Blu-ray release of Superman: Brainiac Attacks, the 2006 direct-to-video animated feature. Superman: Brainiac Attacks, arriving on Blu-ray March 12th, 2013, features Superman having to battle Lex Luthor and Brainiac while trying to help Lois Lane. The animated feature, originally released on DVD home video in 2006, was met with uniform negativity from both the fanbase and critics alike. Continue below to view the package artwork.

Additional details on this title can be found here at The World’s Finest.

The Canadian network Teletoon is scheduled to air the 2006 direct-to-video animated feature Superman: Brainiac Attacks later this month as part of the Superfan Friday programming block. Superman: Brainiac Attacks will air Friday, December 16th, 2011 at 7:00pm, pre-empting the usual programming for the night. Please note schedule details are subject to change without notice. Teletoon has provided the following details as seen below.

Further details on the direct-to-video Superman: Brainiac Attacks animated feature can be found at the The World’s Finest Superman: The Animated Series subsite.

Stay tuned for further updates, including exclusive content and much more, here soon at The World’s Finest.

Warner Bros. Interactive Entertainment and DC Entertainment today released a new trailer for the acclaimed Batman: Arkham City video game. The trailer promotes the new downloadable content featuring a host of different character skins. Batman: Arkham City is currently available on Xbox360 and Playstation3. Click on the thumbnail below to view the footage in the MP4 format, along with additional press details for the release. 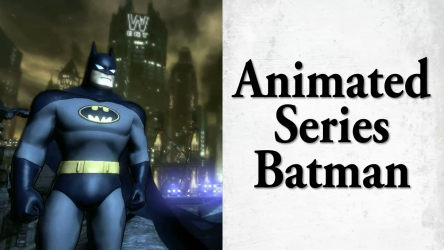 Warner Bros. Interactive Entertainment and DC Entertainment have confirmed that the Batman: Arkham City Skins Pack is available now in the Xbox LIVE Marketplace for 400 Microsoft Points and for Games for Windows for $4.99. The pack is also available in North America in the PlayStationNetwork for $4.99.

Batman: Arkham City is out now for the Xbox 360, PlayStation 3 and Games for Windows.