The Batman: The Complete Series 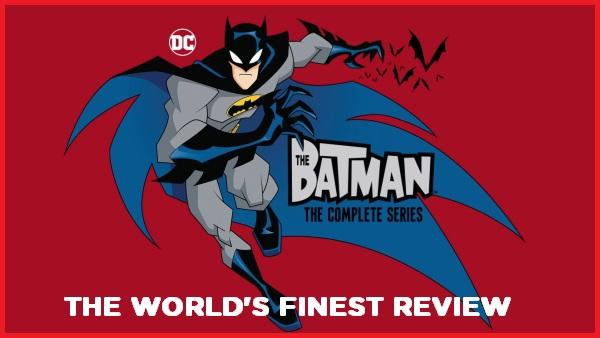 In addition to a detailed review, the above image link also leads to additional imagery from the home media release. Warner Bros. Home Entertainment describes The Batman: The Complete Series as follows:

The early years of the Caped Crusader get a closer examination with the fully-remastered The Batman: The Complete Series, which follows 20-something-year-old Bruce Wayne’s early adventures as he balances his daytime persona as a bachelor billionaire with his nighttime guise as a caped crimefighter. Along the way, Batman is joined by allies Robin and Batgirl as they combat Gotham City’s Rogues’ Gallery, including updated versions of his familiar foes as well as a bevy of rarely seen villains like Killer Moth and The Everywhere Man. Join one of the most complex and intriguing character in comic book history for action-packed super heroic adventures that test the limits of this legendary character’s extraordinary physical prowess and super-sleuthing skills.

Released by Warner Bros. Home Entertainment, The Batman: The Complete Series is now available on Blu-ray and Digital HD. For more on The Batman – including news, reviews and a wealth of exclusive content – check out the The World’s Finest The Batman subsite! Stay tuned for further updates and coverage right here at The World’s Finest!

On a similar note, The World’s Finest also published its review here of the live-action The Batman theatrical release.

Click here to discuss The Batman: The Complete Series at The DC Animation Forum!