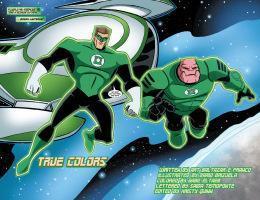 Written by: Art Baltazar and Franco
Art by: Dario Brizuela

Green is the color of will power, and one of the most powerful lights in the universe. The Guardians have harnessed this power to create an intergalactic police force wielding green power rings. What happens when Hal Jordan and Kilowog find one of these rings abandoned in space? Has one of their comrades fallen, or is something even more sinister happening?

Batman gets infected by a vampire bite, and proceeds to attack his JLI friends!

Batman: The Brave and The Bold
Friday, December 9th, 2011 at 7:00pm (ET) – “Night of the Batmen!”
When Batman gets hurt, his friends Captain Marvel, Aquaman, Green Arrow, and Plastic Man attempt to fill his cowl.

Batman: The Brave and The Bold
Friday, December 16th, 2011 at 7:00pm (ET) – “Scorn of the Star Sapphire!”
Batman and Hal Jordan work to take down Green Lanterns greatest enemy, Star Sapphire. Hal Jordan is the only one who knows her secret identity.

Batman: The Brave and The Bold
Friday, December 23rd, 2011 at 7:00pm (ET) – “Invasion of the Secret Santas!”
In this weeks episode, the evil Fun Haus plans to steal Christmas with his army of robot Santas and killer toys including Dynamite Dolly and the Presto Play Pals! Red Tornado teams up with Batman to save the day and in the process, finds his holiday spirit. In our weekly teaser, Batman and Blue Beetle throw Sportsmaster a perfect strike when he sets up a deadly game with human bowling pins at the alley!

Batman: The Brave and The Bold
Friday, December 30th, 2011 at 7:00pm (ET) – “Sword of the Atom!”
When the Atom goes missing, Batman needs the original Atom and Aquamans help to find him!

The Batman: The Brave and The Bold episode “The Mask of Matches Malone” currently remains unaired on Cartoon Network as of the December 2011 schedule release. The episode has already aired in countless regions worldwide.

Cartoon Network has also released episode details for the December 2011 installments of the acclaimed Young Justice animated series. Young Justice will return to the rerun cycle until the next batch of new episodes air in early 2012. The episode breakdowns are provided below.

Red Arrows battle to prevent the League of Shadows from inciting a war, pits him against the worlds most dangerous assassins and allies him with someone more dangerous still. Too bad Aqualad couldnt convince him to ask the team for help

Young Justice
Friday, December 30th, 2011 at 6:30pm (ET) – “Homefront”
When The Cave itself is attacked, can Artemis and Robin the two teens without super-powers save the Team (or even themselves) from the unknown invaders?

Young Justice airs Fridays at 6:30pm (ET) on Cartoon Network. An episode guide for the series be found at the The World’s Finest Young Justice subsite.

Stay tuned for further schedule updates and coverage on both Batman: The Brave and The Bold and Young Justice, including exclusive content and more, here soon at The World’s Finest.

Batman: Year One, the latest installment in the DC Universe Animated Original Movie home video line, has performed successfully in its first months of sales. The direct-to-video animated feature is on pace to easily move over 300,000 units on Blu-ray and DVD before the end of 2011. Warner Home Video has also provided new images from the Batman: Year One feature, which adapts the acclaimed graphic novel of the same name, as seen below.

The above images are currently exclusive to The World’s Finest.

According to various home media retailing outlets and independent research, the new Batman: Year One direct-to-video animated feature has sold an estimated 272,200 units in its first month, with 110,000 of those sales coming from DVD and 162,200 from the Blu-ray format. Blu-ray sales accounted for nearly 62% of the total Batman: Year One home video performance. The animated feature has been available at retail and online outlets for over a month, originally hitting stands in late October 2011. Keep in mind the sales numbers above do not take into account rental numbers, OnDemand numbers, or legal download numbers. Batman: Year One was available early for legal download in mid-October 2011 as part of an special promotion.

This release continues the trend of Blu-ray editions for DC Universe Animated Original Movie titles surpassing sales of the DVD counterpart. Batman: Year One was released on both Blu-ray Combo Pack and two separate DVD releases, including a two-disc Special Edition and a single-disc casual release.

Click on the links below to discuss both the Batman: Year One animated feature and its respective DVD and Blu-ray home video releases, along with the included DC Showcase: Catwoman animated short.

A co-production of Warner Premiere, Warner Bros. Home Entertainment Group, DC Entertainment and Warner Bros. Animation, the direct-to-video Batman: Year One animated feature is now available to own on Blu-ray disc and DVD from Warner Home Video, as well as legal download. 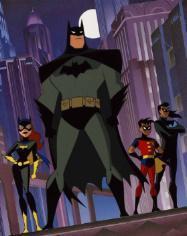 Please note the schedule is subject to change. Additionally, The Hub is expected to announce holiday programming events for December 2011 very soon. Batman: The Animated Series airs two back-to-back episodes every Monday to Friday at 5:30pm (ET) on The Hub, having joined the network in September 2011.

Music Composer Frederik Wiedmann sat down with The World’s Finest for a brief Q & A concerning his current stint on Green Lantern: The Animated Series, the latest comic book animated series to come to Cartoon Network. The new animated series centers on the adventures of Green Lanterns Hal Jordan and Kilowog on the edge of outer space. An assortment of established and new characters from the Green Lantern mythos will be featured during the first 26 episodes. After a special November 2011 preview earlier this month, Green Lantern: The Animated Series is set to become a regular fixture on both networks in early 2012. Click on the image below for the following The World’s Finest interview with Frederik Wiedmann. 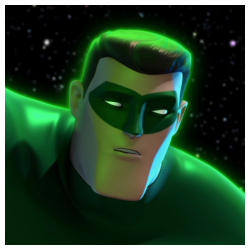 Green Lantern: The Animated Series will return to Cartoon Network in early 2012 as part of the DC Nation block, and will feature episodes focusing on Razer, Kilowog, the Red Lantern Corps, the Guardians’ secret, backstories for regular or reoccurring characters, the return of Carol Ferris, and more. The first season of the series will also follow Razor attempting to atone for his past misdeeds as a Red Lantern. Stay tuned for further updates on Green Lantern: The Animated Series, including exclusive content and more, here soon at The World’s Finest.