Cartoon Network has passed along the loglines, video clips, and a collection of images from upcoming all-new episodes of Green Lantern: The Animated Series and Young Justice: Invasion, along with media from a new DC Nation animated short.

New media has been provided by Cartoon Network for the upcoming all-new Green Lantern: The Animated Series episode “Scarred.” The new Green Lantern: The Animated Series episode is scheduled to air at 10:00am (ET/PT) on Saturday, March 2nd, 2013 as part of the DC Nation programming block on Cartoon Network. Click on the thumbnails below to view the complete library of hi-res images and a Quicktime-format video clip. The official episode description is also provided below. 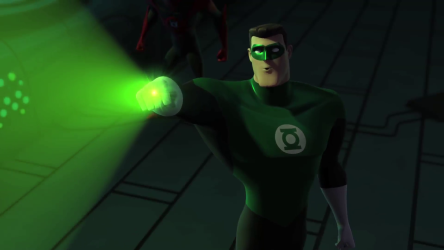 Synopsis: Back on Oa, the crew of The Interceptor follow a series of clues which span across the galaxy, uncovering information about the mysterious “Science Director”, Aya’s secret origin, and how to put a stop to her destruction.

The above content is also available on the The World’s Finest Green Lantern: The Animated Series subsite.

Continuing, the next all-new Young Justice: Invasion episode “Intervention” is scheduled to air at 10:30am (ET/PT) on Saturday, March 2nd, 2013 as part of the DC Nation programming block on Cartoon Network. Click on the thumbnails below to view the complete library of hi-res images and a Quicktime-format video clip provided by the network. The official episode description is also provided below. 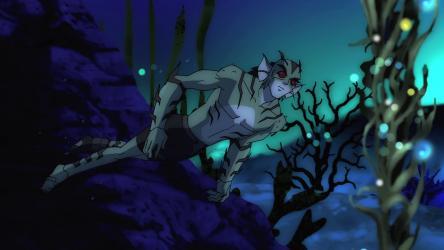 Synopsis: The team embarks on a desperate endeavor to free Blue Beetle!

Cartoon Network has also released media for the new animated short-form content set to debut this weekend – Saturday, March 2nd, 2013 – during the DC Nation programming block. The DC Nation shorts are animated shorts starring a host of different DC Comics characters in varying styles. Continue below to view the new content, including a new Quicktime-format clip and new hi-res image. 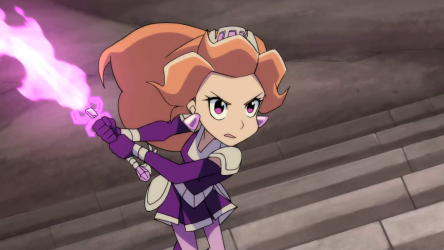 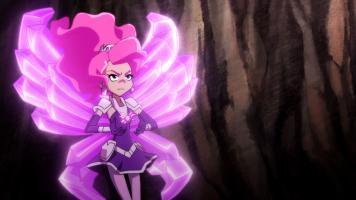 DC Nation continues February 23rd, 2013 at 10:00am (ET/PT) with an all-new season of episodes and animated shorts.

Details for further March 2013 airings of Green Lantern: The Animated Series and Young Justice can be found here at The World’s Finest.

All-new episodes of both Young Justice: Invasion and Green Lantern: The Animated Series are slated to air on Cartoon Network during the month of March 2013. Both series air back-to-back as part of the hour-long DC Nation programming block, airing Saturdays at 10am (ET) on Cartoon Network, with encores on Sundays at 10am (ET/PT). New episodes of both series are airing straight through until the series finale of both come March16th, 2013.

Young Justice: Invasion continues with all-new installments from the second season of the acclaimed animated series. Young Justice: Invasion airs Saturdays at 10:30am (ET/PT) as part of the DC Nation programming block, with encore presentations the following Sunday at 10:30am (ET/PT). Continue below for the March 2013 episode schedule details, provided by Cartoon Network.

Young Justice: Invasion
Saturday, March 9th, 2013 at 10:30am (ET/ PT) – “Summit”
The Light calls a Summit to decide the final fate of Aqualad, the team… and the entire planet Earth!

Young Justice: Invasion
Saturday, March 16th, 2013 at 10:30am (ET/ PT) – “Endgame”
On the verge of finally ending the alien invasion, the team discovers the price of victory may be the entire planet Earth!

Please note schedule details are subject to change without notice. Young Justice: Invasion airs Saturdays at 10:30am (ET/PT) on Cartoon Network. The above content can also be found at the The World’s Finest Young Justice subsite.

Green Lantern: The Animated Series
Saturday, March 2nd, 2013 at 10:00am (ET/PT) – “Scarred”
The heroes cross the galaxy in search of secret information regarding Aya’s origin, in the hopes of stopping her destruction.

Green Lantern: The Animated Series
Saturday, March 9th, 2013 at 10:00am (ET/PT) – “Ranx”
The Aya Monitor orders a massive army of Mahunters to retrieve a secret weapon on the deserted planet Ranx. The Green Lantern Corps, led by Guy Gardner, launch a simultaneous attack to beat her to it.

Green Lantern: The Animated Series
Saturday, March 16th, 2013 at 10:00am (ET/PT) – “Dark Matter”
The entire Green Lantern Corp makes a final attempt to defeat the Aya Monitor before she erases all organic life from existence.

Please note schedule details are subject to change. Green Lantern: The Animated Series airs Saturdays at 10am (ET/PT) with encore presentations the following Sunday at 10am (ET/PT) as part of DC Nation on Cartoon Network. Continue to the The World’s Finest Green Lantern: The Animated Series subsite for more content and details from the Warner Bros. Animation production. Spoiler versions of the above loglines, released by Cartoon Network, can be found in the episode guide section of the subsite.

Warner Home Video has issued a press release for the upcoming home video release of Lego Batman: The Movie – DC Super Heroes Unite. The animated feature, based on the acclaimed Lego videogame series, is set to hit home video and download come May 21st, 2013. Continue below for the official press release and home video package artwork.

DC Comics’ greatest superheroes and their arch nemeses face-off in an action-packed, hilarious battle in Lego Batman: The Movie – DC Super Heroes Unite. Based on the popular video game, TT Animation produced the full-length animated feature for May 21, 2013 distribution by Warner Bros. Home Entertainment as a Blu-ray™ Combo Pack ($24.98 SRP) and DVD ($19.98 SRP), On Demand and for Digital Download. The Blu-ray™ Combo Pack will include UltraViolet™*. Release will include an exclusive Lego Clark Kent/Superman figurine on pack while supplies last. 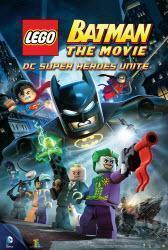 Lego Batman: The Movie – DC Super Heroes Unite provides the ultimate blend of action and humor guaranteed to entertain fanboys of all ages. The film finds Lex Luthor taking jealousy to new heights when fellow billionaire Bruce Wayne wins the Man of the Year Award. To top Wayne’s accomplishment, Lex begins a campaign for President – and to create the atmosphere for his type of fear-based politics, he recruits the Joker to perfect a Black LEGO Destructor Ray. While wreaking havoc on Gotham, Lex successfully destroys Batman’s technology – forcing the Caped Crusader to reluctantly turn to Superman for help.

Award-winning director/producer Jon Burton helms the film from a screenplay by David A. Goodman based on a story from Burton and Goodman. Jeremy Pardon is director of photography, and executive producers are Jill Wilfret and Kathleen Fleming. Executive producers are Benjamin Melnicker and Michael Uslan.

Lego Batman: The Movie – DC Super Heroes Unite Blu-ray™ Combo Pack has over 2 ½ hours of exciting content, including:
• Standard and high definition versions of the feature film
• UltraViolet™*
• Featurette – “Building Batman” – An all-new featurette. Ever thought about making your own batman movie? Join a group of children as they learn from master LEGO builder Garrett Barati, and animate their own Batman mini-movie with LEGO.
• Teaser– “Lego Batman Jumps Into Action” – Garrett Barati’s original Batman teaser, created for LEGO Super Heroes, shows what this master stop-motion animator can do with just a few click, click, clicks of LEGO.
• Shorts – “LEGO/DC Universe Super Heroes Video Contest Winners” – The excitement of DC Universe Super Heroes and the joy of LEGO building brings together action-packed short films from five winning submissions
• Two bonus episodes from Batman: The Brave and the Bold (“Triumvirate of Terror” and “Scorn of the Star Sapphire”) and one episode from Teen Titans (“Overdrive”)
• Assorted trailers

About TT Animation
Established in 2006, TT Animation grew as an offshoot of Traveller’s Tales, the award-winning games studio responsible for producing highly-acclaimed, family-based console games, including the LEGO Star Wars and LEGO Batman franchises. Based in Knutsford, England, TT Animation has earned a reputation as a high quality animation studio focused on family-oriented video entertainment.

Lego Batman: The Movie – DC Super Heroes Unite, the upcoming animated feature based on the acclaimed video game series, arrives on home video and for download come May 21st, 2013. Stay tuned for further updates and additional content here soon at The World’s Finest.

A name familiar to long-time fans of the DC Animated Universe titles, such as Batman Beyond and The Zeta Project, writer Bob Goodman returns to Gotham City as writer once again, wrapping up the two-part Batman: The Dark Knight Returns animated adaptation. The Warehouse 13 writer sat down with The World’s Finest to discuss the animated feature Batman: The Dark Knight Returns, Part Two, currently available to own on home video and through digital outlets, along with other projects he’d like to tackle and upcoming works. Click on the image below to continue on to the all-new interview! 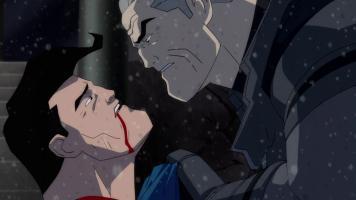 Click on the links below to discuss both the new Batman: The Dark Knight Returns, Part Two animated feature and its respective Blu-ray and DVD home video releases.

Click here to read the The World’s Finest reviews of the Batman: The Dark Knight Returns, Part Two animated feature and Blu-ray release. Stay tuned for additional content and coverage of this title coming soon.

The World’s Finest recently approached and asked artist Christopher Jones to provide his thoughts and commentary for his stint on the acclaimed comic title Young Justice based on the fan-favorite animated series. Jones joined as regular artist for Young Justice as of issue #5 and provided artwork up to the final issue with #25, save for the odd fill-in issue. The comic title expanded upon the world introduced in the popular Cartoon Network animated series. Below, Jones provides a series of commentary and production artwork from his time on Young Justice. Click on the image below for Jones’ retrospective commentary comments and a host of production artwork! 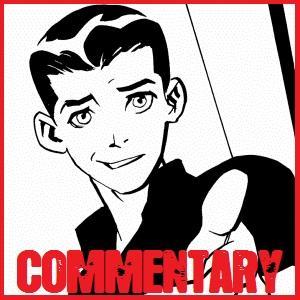 Young Justice #25, the final issue of the DC Comics title based on the current Cartoon Network animated series of the same name, is now available through digital outlets and all retail and comic book store locations. Additional details on the Young Justice comic series can be found here.