Official details on the All-Star Superman animated feature, released by Teletoon, are available below.

All-Star Superman
Teletoon, Friday, November 28th, 2014 at 9:00pm (ET/PT)
Fueled by hatred and jealousy, Lex Luthor masterminds an elaborate plot to kill the Man of Steel – and it works. Poisoned by solar radiation, Superman is dying. With weeks to live, he fulfills his life’s dreams – especially revealing his true identity to Lois Lane – until Luthor proclaims his ultimate plan to control the world with no alien hero to stop him. Powers fading, Superman engages in a spectacular deadly battle with Luthor that could truly trigger the end of Earth’s Greatest Protector. This startling and gripping DC Universe Animated Original Movie stars the voice talents of James Denton, Anthony LaPaglia, Christina Hendricks and Ed Asner.

Debuting three new feature-length titles in 2011, the DC Universe Animated Original Movie direct-to-video line from Warner Home Video moved over 1.2 million home video units during the calendar year. The above number comes from the three new DC Universe Animated Original Movie titles that debuted this year – All-Star Superman, Green Lantern: Emerald Knights and Batman: Year One – and those numbers are expected to see some growth, though likely slight, during the 2011 holiday season. Note that all numbers listed in this articles are estimated numbers only based on research and market analysis. 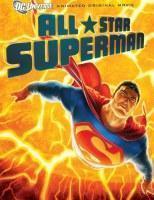 Among the three new DC Universe Animated Original Movie titles, the February 2011 All-Star Superman animated feature has moved the most units since its release date, predictably so given it’s early in-the-year release date, moving an estimated 265,000 DVD units and 275,000 Blu-ray units since hitting shelves. Home video retail outlets are expecting the title to finish with nearly 550,000 of combined units sold by the end of 2011. The direct-to-video All-Star Superman animated feature debuted to 187,000 home video units copies sold in its first week of sales, the week ending February 27th, 2011.

Lastly, the final 2011 release under the DC Universe Animated Original Movie banner, Batman: Year One has proven to be a solid seller on the home video market. The title moved 167,000 total DVD and Blu-ray units in its first week, and over 290,000 to date. The majority of sales, over 60%, came from the Blu-ray format. The high-definition format is quickly becoming the dominant avenue for consumers purchasing titles in the DC Universe Animated Original Movie line. The critically-acclaimed direct-to-video animated feature is also expected to finish out 2011 with a projected estimate of 300,000 combined Blu-ray and DVD units sold according to home video retail outlets.

Please note the above sales numbers do not take into account rental numbers, OnDemand numbers or legal download numbers. Sales numbers are estimates gathered through independent research, market analysis and various home media retailing outlets. Additionally, sale numbers from titles released before the 2011 calendar year are not taken into account. Also remember to take into account release date and character marketability when comparing sales numbers for each title.

A detailed look at the sales of each release can be found in the news archives here at The World’s Finest.

According to various home media retailing outlets and independent research, the recent All-Star Superman direct-to-video animated feature has been selling consistently for Warner Home Video in its first two months of retail sale. The acclaimed DC Universe Animated Original Movie title has moved nearly 250,000 units on DVD since it hit shelves on February 22nd, 2011. Additionally, the Blu-ray release of All-Star Superman has also continued to sell just as well, easily keeping pace with its DVD counterpart and moving upwards of nearly 210,000 copies on the high-definition format during the same timeframe. The All-Star Superman animated feature is expected to sell over 500,000 copies on both DVD and Blu-ray by the end of May 2011. Keep in mind the sales numbers above do not take into account rental numbers, OnDemand numbers, or legal download numbers.

The All-Star Superman animated feature adapted the acclaimed Grant Morrison comic book of the same name, and was written by the late Dwayne McDuffie.

Click on the links below to discuss both the recent All-Star Superman animated feature and its the respective DVD and Blu-ray home video releases.

According to various home media retailing outlets and independent research, the recent All-Star Superman direct-to-video animated feature made a respectable debut on the home video market. The latest DC Universe Animated Original Movie title moved an estimated 122,000 DVD copies in its first week, along with an impressive 65,000 units in Blu-ray editions in the same timeframe, resulting in an estimated 187,000 total home video units sold in its first sales week of February 27th, 2011. The animated feature hit the DVD sales chart at #7 in its first week, and hit #3 on respective Blu-ray charts. Keep in mind the sales numbers above do not take into account rental numbers, OnDemand numbers, or legal download numbers.

To compare, the previous “DC Universe Animated Original Movie” title Superman/Batman: Apocalypse debuted with an estimated 250,000 copies sold on DVD and Blu-ray editions sold during its debut week in September 2010. The last similarly themed release, the DC Showcase Animated Original Shorts collection anchored by the exclusive Superman/Shazam!: The Return Of Black Adam animated short, debuted to a combined total of 94,500 combined units sold in its first week in November 2010.

The World’s Finest presents the latest in a series of studio-conducted interviews, provided by Warner Home Video, for the All-Star Superman direct-to-video animated feature. Continue reading below for the latest installment featuring author Grant Morrison, discussing bringing his classic story to the animated life. A new video clip is also featured below the interview.

All-Star Superman is now available from Warner Home Video as a Blu-Ray Combo Pack and 2-Disc Special Edition DVD, as well as single disc DVD. The film will is also available On Demand and for Download.

Morrison had a few moments to chat from his home in Scotland last week about the all-new film based on his landmark comics series, and the late Dwayne McDuffies impressive job in re-imagining Morrisons words into animated glory. Heres what Mr. Morrison had to say

Question: Did you have, and did you want, creative input into the script?

Grant Morrison: Once I knew someone else was going to do it, I kind of wanted to let it happen and not interfere. Im always excited to see how others translate things from page to screen. I didnt even know Dwayne (McDuffie) was involved at first, but Im so glad he did it. I was happy to see what the story might look like from someone elses perspective and he did a fantastic job.

Question: Overall, how did you feel your story translated from page to screen?

Grant Morrison:
I really loved it, which was why I wound up raving about it on so many of the DVD extras! Dwayne worked in a staggering amount of story, and he was able to give it this wonderful, strange episodic flavor where it seemed as if every day could bring some incredible and unexpected new challenge into Supermans life. I didnt really expect half of the material from the book to be in there, and loved the way it was organized and edited because it made the whole thing a very different experience for me.

Question: Were you disappointed that anything was cut out?

Grant Morrison: Youre always a little disappointed when some favorite detail doesnt make the cut, but what did make it was so well-done and faithful to the source that I cant really say I was upset. Its a long book that could easily make a six-hour movie, so Im amazed All-Star incorporated as much of the story as it did, more than anything else.

Question: Were you particularly pleased with the way certain things were condensed?

Grant Morrison: It was impressive that Dwayne was able to condense entire issues of 22 to 24 pages into tight, satisfying eight- or ten-minute complete scenes. To take a whole issue and make it into an episode that felt complete in itself inside a larger narrative was ingenious and was a great way to translate the books serial structure into a feature film. I hope Dwayne knew how much I appreciated his work on this.

Question: Are you a fan of animation?

Grant Morrison: I couldnt say Im a giant animation fan, but I love the obvious stuff from around the world. I always liked the Fleischer animation, the Superman cartoons and the old features they did. Im not a major animation fan but I do think the good stuff in any field stands the test of time.

Question: Which of your stories do you think would best translate to animation next?

Grant Morrison: I dont really think of the stories being done as films. When Im writing them, Im focused on what makes a good comic rather than a potential movie. Having said that, seeing All-Star Superman left me quite keen to see some more! I think it would be fun to see what they could do with Final Crisis or one of the Batman stories, like Batman R.I.P. in that dark Bruce Timm style. Id love to see something done with Doom Patrol or Seven Soldiers. Go for it.

Warner Home Video has also provided the following Quicktime video clip available below. The clip features a scene from the All-Star Superman animated feature, focusing on Lex Luthor and Clark Kent dealing with a power-hungry Parasite. Click on the thumbnail below to view the Quicktime clip. 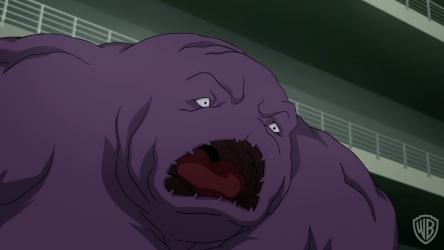