Cartoon Network has provided details for the sole new episode of the Teen Titans Go! animated series slated to air on the network for May 2014. Teen Titans Go!, a half-hour comedy/adventure series comprised of two back-to-back 15-minute episodes, follows the hilarious antics of the teenage superhero team as they deal with what happens between major battles. The DC Comics-inspired cartoon airs Wednesdays at 6:30pm (ET/PT) on Cartoon Network, with regular re-airings throughout the week on the animated-themed channel. Continue below for further details.

Save for the sole new episodes, Cartoon Network is slated to air predominantly reruns of the comedic Teen Titans Go! cartoon for the month of May 2014.

Cartoon Network has provided The World’s Finest with stills and a clip from the new Teen Titans Go! episode “Grandma Voice,” airing Wednesday, April 30th, 2014 at 6:30pm (ET/PT). The half-hour comedy/adventure series – which features two 15-minute episodes – airs Wednesdays at 6:30pm (ET/PT) on Cartoon Network, with rebroadcasts airing at select times during the week. The new Teen Titans Go! segment “Grandma Voice” will be paired with a re-airing of a previously-aired 15-minute episode. Please note the new earlier Wednesday timeslot. 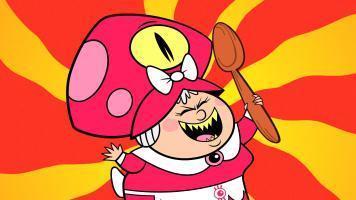 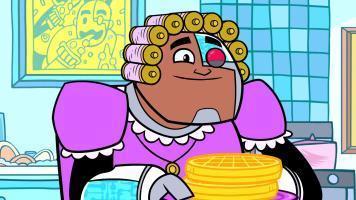 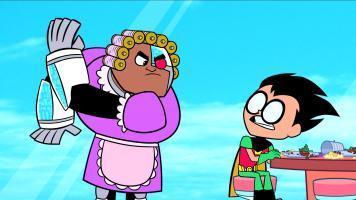 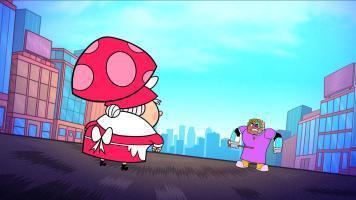 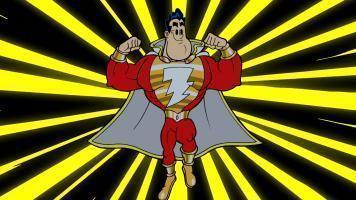 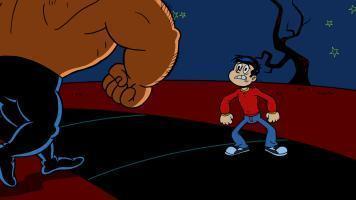 The “Batman 75” DC Nation animated short “Batman Beyond,” which debuted over the weekend at the WonderCon 2014 comic convention, is now available wide for all online outlets. The special animated short was created as part of DC Entertainment, Warner Bros. Entertainment and DC Comics’ combined celebration efforts to mark the 75th anniversary of Batman’s first appearance in the 1939 comic Detective Comics #27.

The nearly 90-second short-form adventure revisits the world of the classic Batman Beyond animated series, bringing together members of the original show’s cast and crew. The “Batman Beyond” animated short was written and directed by Darwyn Cooke; starring the voices of Will Friedle and Kevin Conroy; featuring music by Kristopher Carter, Mike McCuistion & Lolita Ritmanis; with additional guitar work by Gabe Moses. Batman Beyond follows the adventures of a young Batman in the future mentored by an aging Bruce Wayne.

Click on the player below to view the animated short.

The animated short can also be viewed here.

“Batman Beyond” is part of the year-long “Batman 75” celebrations, commemorating the 75th anniversary of Batman’s first comic book appearance. More details on “Batman 75” can be found here.

Click on the player below to view the animated short.

“Batman: Strange Days” debuted Wednesday, April 9th, 2014 on Cartoon Network and was then released wide to all media outlets later in the week. Additional stills and production details for the animated short can be found at The World’s Finest.

Teen Titans Go!
“Mas y Menos” airs Wednesday, April 16th, 2014 on Cartoon Network
Mas y Menos visit the tower to get superhero lessons from Robin. The twins become fast friends with the other Titans, but Robin just wants to focus on the training.